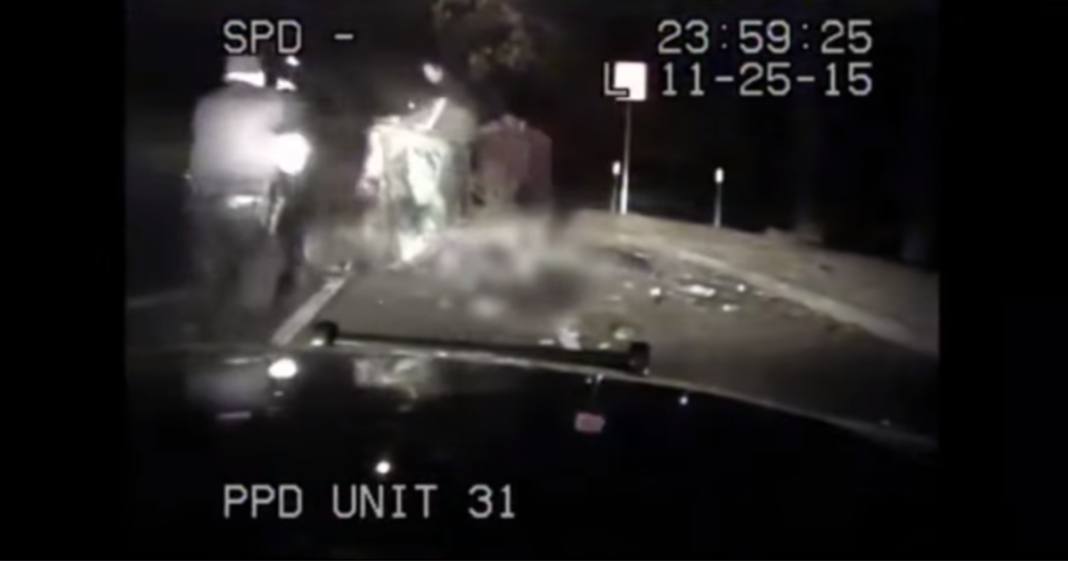 When Officer Patrick Feaster arrived on the scene of an overturned vehicle and a man struggling to escape the twisted metal, he did what American police forces so often do- he reacted violently- pulling the trigger and shooting the wreck victim while his wife’s dead body lay nearby, discharged from the accident.

The officer failed to mention to arriving EMT’s or other officers that he had shot the man until 11 minutes after, when the gunshot wound in the man’s neck was found and police officers speculated that he had been shot at the bar he was at before the wreck occurred.

Police officials maintain that Officer Feaster had accidentally discharged his gun, but they offer no explanation for why the officer did not tell anyone he had shot the man in the neck.

No doubt, this officer will not only face no legal consequences for his actions, but will also maintain his position as an officer of the law.