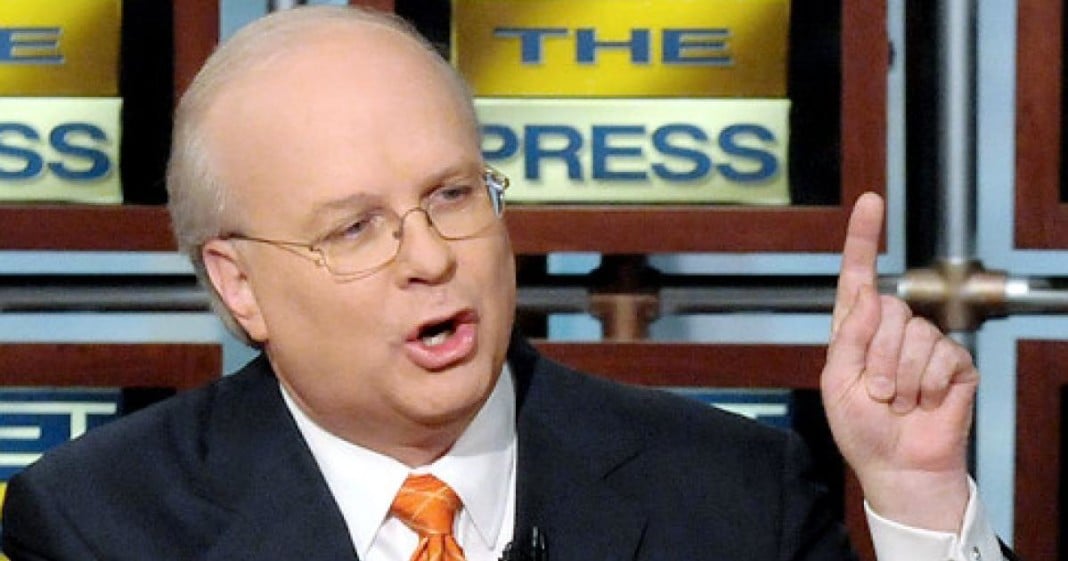 Karl Rove appeared on Fox News Sunday to criticize the Climate Summit Agreement that nearly 200 nations agreed to on Friday.

“The United States has reduced its greenhouse gas emissions. It has done so, not because some international treaty, we have put the focus on energy efficiency, we’re a market economy, we’re a wealthy country that can afford to do this. And we have done it.”

“What we are now saying to emerging economies, ‘Keep your people poor, keep them in poverty because you cannot use cheap fuels, namely natural gas, coal and other fossil fuels to power your economy.’ And it’s ridiculous.”

The agreement requires every nation involved to put forth a plan for how they plan to reduce emissions in their own nations. These plans should cut emissions to half the levels required in order to prevent the 2 degree Celsius rise in global temperature expected. The countries who signed on are legally required to report the changes they make and the data on them, and to reconvene in five years to make further plans.

It’s cute that Rove feels the need to protect poor nations all over the world, but if we were to exempt developing nations, we would continue to let gigantic levels of Co2 enter the atmosphere in the interest of somehow protecting the globally poor at the expense of the entire human race. There is no use worrying about the poor if the entire society collapses, Rove.