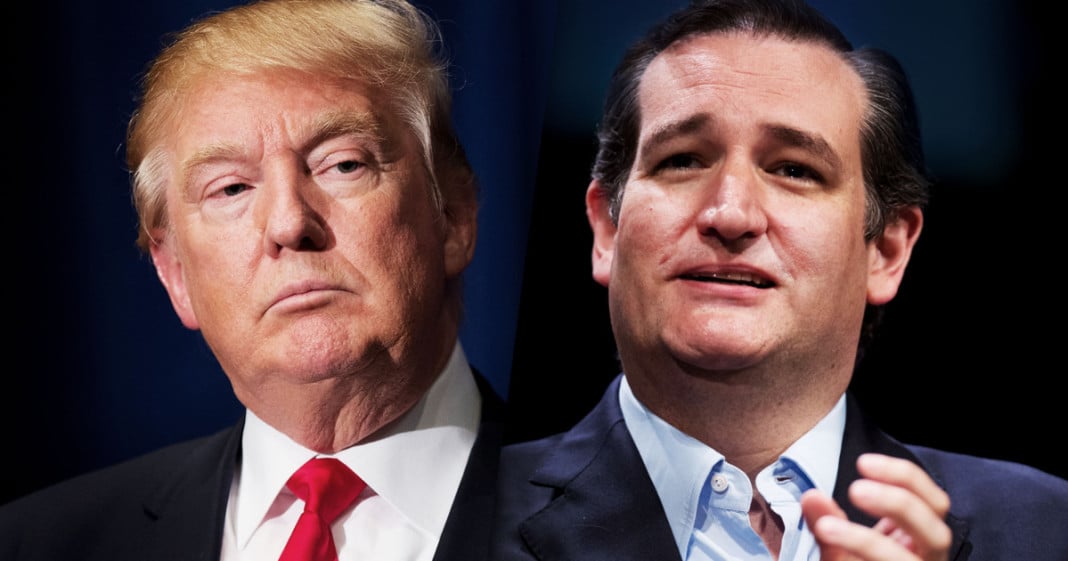 Donald Trump and Ted Cruz finally got dirty as they both began taking shots at one another. On Fox News Sunday, host Chris Wallace asked Trump to comment on the remarks Cruz recently made questioning Trump’s judgement in light of the popular anti-Muslim rhetoric.

“Do you notice he said it behind my back?” Trump asked the host, a possible jab at Cruz’s comments asking for President Obama to criticize him “to [his] face.”

“When you look at the way he’s dealt with the Senate, where he goes in there like a — you know, frankly, like a bit of a maniac.”

What this really means is that Ted Cruz is finally feeling like a threat to Trump as he only seems to attack those he feels are a legitimate problem to his candidacy. Let them destroy one another, we say!