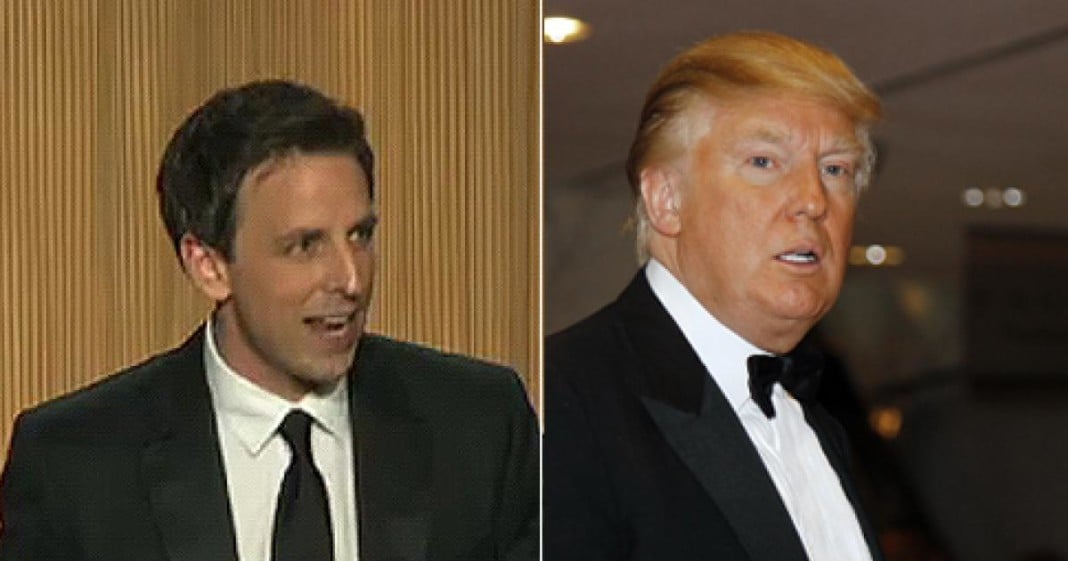 During the 2011 White House Correspondents’ Dinner, SNL’s Seth Meyers gave a long and humorous speech which included several well-placed jabs at Donald Trump, while Trump refused to have any sort of sense of humor about himself.

“Donald Trump has been saying that he will run for president as a Republican, which is surprising since I just assumed he’s running as a joke”

Meyers joked that Trump’s Miss America Pageant could easily serve as a way to find a vice president. Trump continued to sit stonefaced as those around him exploded with laughter and applause.

Meyers later suggested that Trump’s assertion that he is “great with the blacks” could only be true if “the blacks” were a family of white people. This one got President Obama giggling but another pan over to Trump showed a complete lack of humor.

If only we could get Meyers to offer renewed criticism to the new and improved fascist Trump of late 2015.