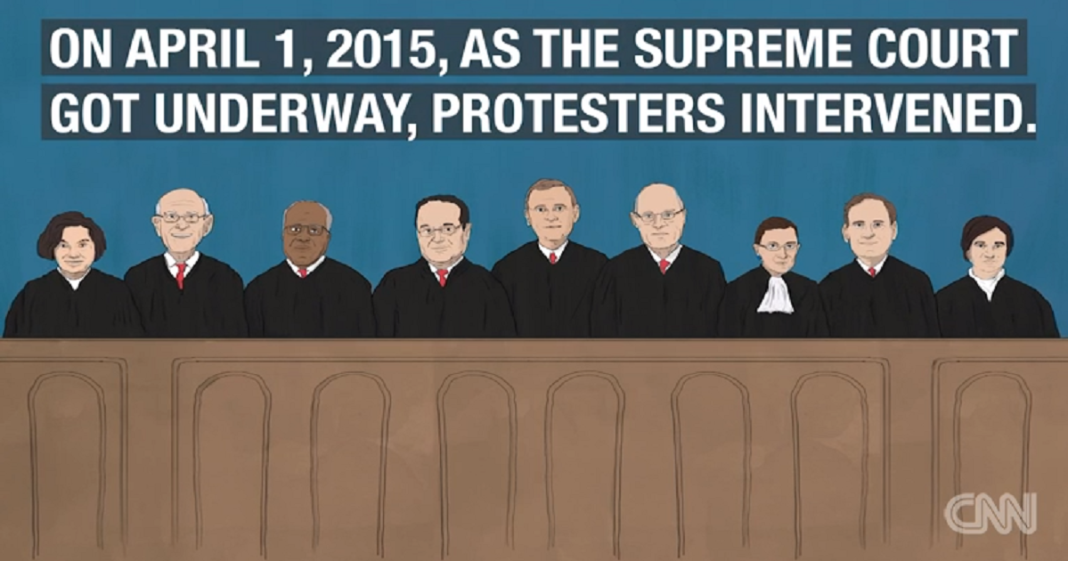 Audio clips from Conservative hacks in the Supreme Court revealed on Wednesday that they have no regard for the voices or the will of the American people they represent as they flippantly dismissed protesters calling for campaign reform during a hearing.

The audio clip, which was taken in April, has been released as part of a criminal investigation.

During the hearing, several protesters begin shouting, saying “one voice, one vote” and “overturn Citizens United.” The voices had a clear message. The judges, though, were not at all interested in what they had to say.

Scalia, who is known for his horrible views on abortion, affirmative action, and others, was certain that the answer to an individual speaking directly to his government was silence via the long arm of the law.

Justice Thomas and Justice Roberts also join in to criticize and minimize the will of the people, with Thomas commiserating with Scalia and Roberts threatening the audience, saying that outbursts can be held in criminal contempt.

“Should do it,” Slimy Scalia urges.