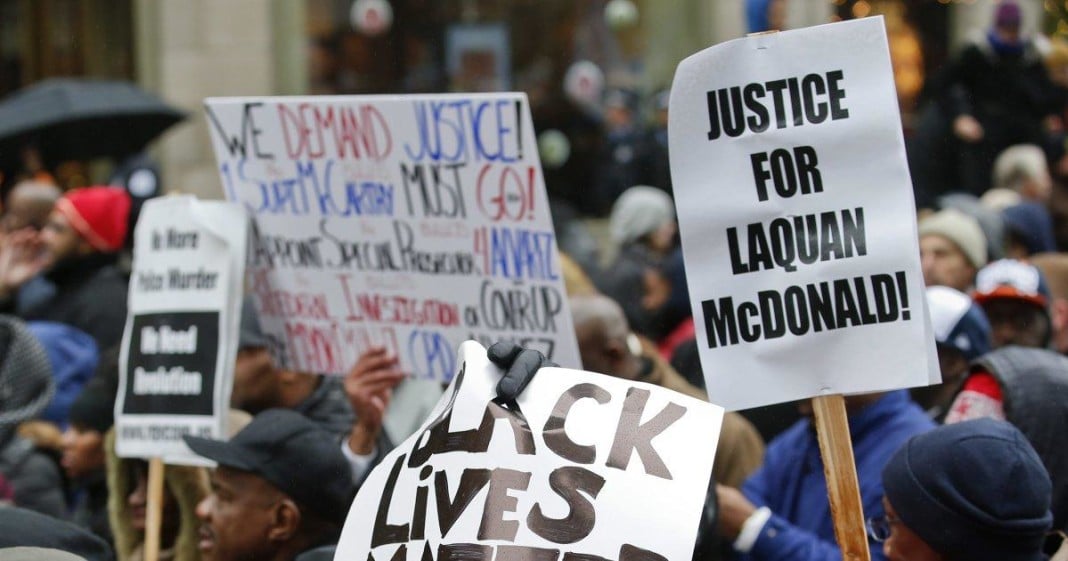 On a recent segment on Fox News, pundits discussed the ongoing protests in Chicago concerning the murder of Laquan McDonald by a Chicago police officer. While some of the people on-screen expressed sympathy for the protesters’ cause, many airheads seemed to completely miss the point, whining that the protesters were harming innocent businesses by demonstrating in front of the businesses and blocking traffic.

One talking head went so far as to vaguely suggest that this sort of demonstration was helping terrorists, as she explained that Chicago was on the list of threatened areas according to ISIS posturing. In times like these, she explained, “we need to be a civilized society and we need to be our best selves.”

Apparently the “best” version of America is one in which ordinary citizens ignore the murder of their fellow man by a police force that works for and is intended to protect them.

Shut up and play nice, the pundits demand. Those who do not understand protest and the goals of a group demonstrating always go to this ‘civilized’ defense, claiming that the demonstration is no longer respectable when it steps outside of the tiny box of ‘acceptable’ as defined by intolerant and air-headed pundits like these.