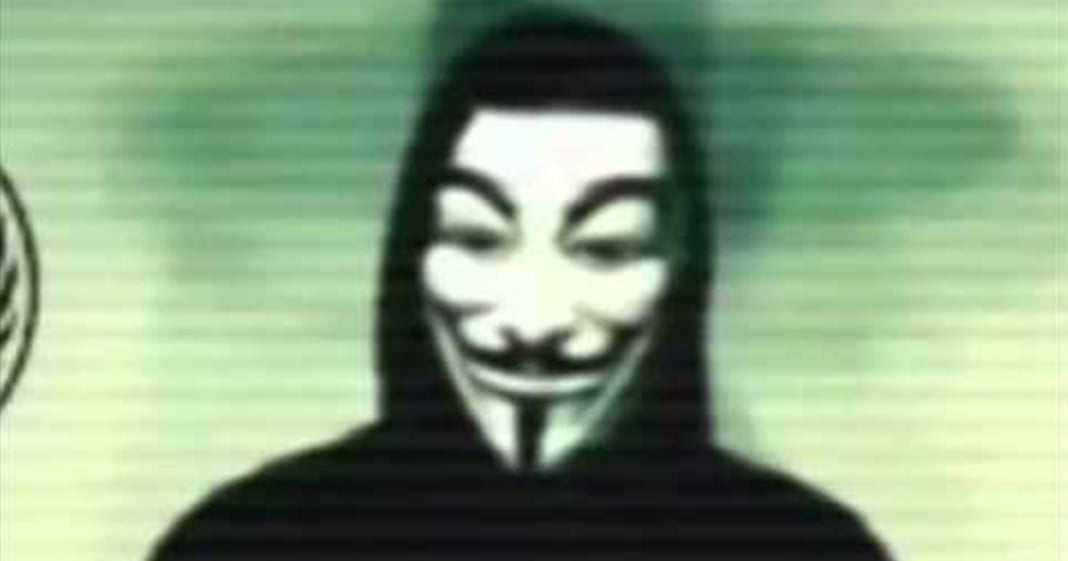 At the same time that Donald Trump’s anti-Muslim speech is gaining him credit with extreme right wing conservatives, it is making him enemies with more moderate groups, like Anonymous. The hacktivist group recently posted a video online in which it declares war against the bigot Republican front runner.

“Donald Trump, it has come to our attention that you want to ban all Muslims [from entering] the United States. This policy is going to have a huge impact,” says the video. “This is what ISIS wants.”

“The more the United States appears to be targeting Muslims, not just radical Muslims, you can be sure that ISIS will be putting that on their social media campaign,” it goes on. “Donald Trump, think twice before you speak anything. You have been warned.”