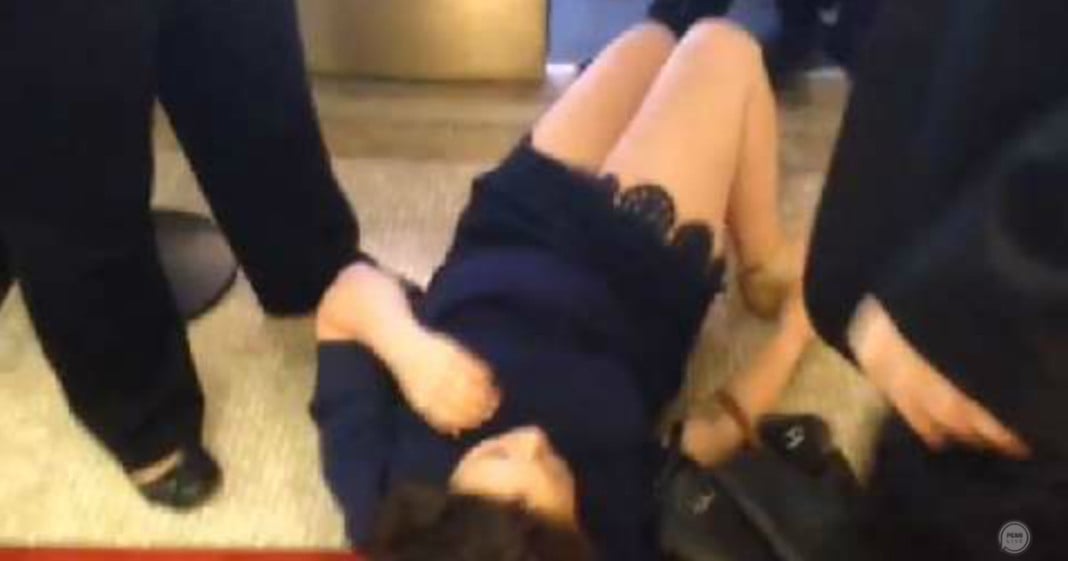 At a Donald Trump rally in Pennsylvania on Thursday, Trump’s bodyguards assaulted a female protester, shoving her to the ground. She can be heard telling security to “stop it” and “that is not appropriate behavior.”

The protesters assembled at Trump’s rally to protest the rhetoric of the bigoted Republican leader.

“I’m proud to be a Jew speaking out against Islamophobia,” said Jennifer Hirsch, a professor at Columbia University.

“Trump is exploiting the racial divide,” said Zakariah Kronemer, another protester. “It’s leading to violence in the Arab American community. The people must interrupt him anywhere he is invited to speak.”