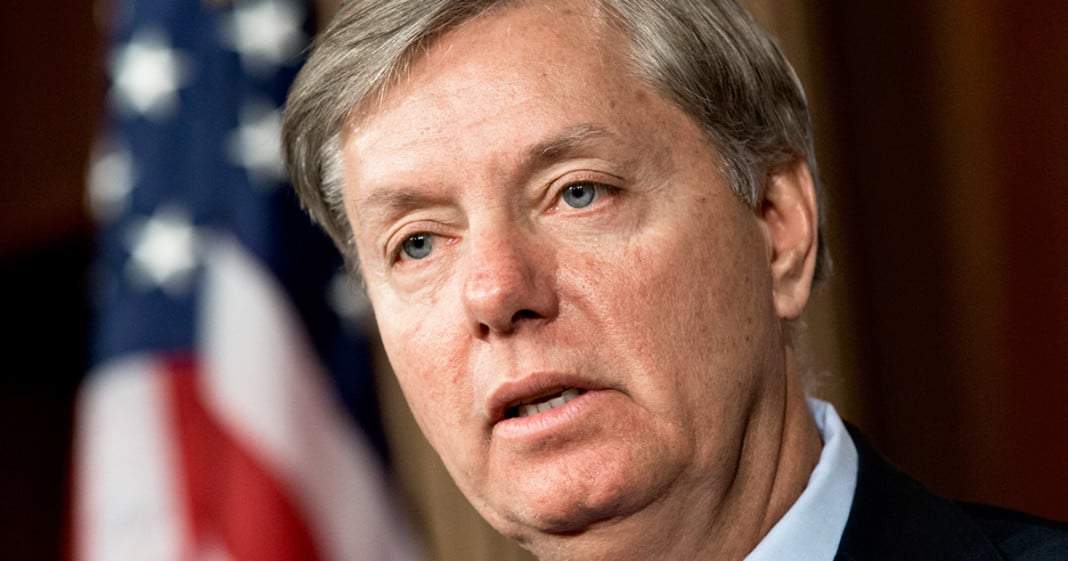 During an interview with Boston Herald Radio, Senator Lindsey Graham expressed what appears to be his slow realization that his party is insane regarding the proposals and ideas Donald Trump talks about.

“There’s just a dislike for President Obama that is visceral. It’s almost irrational,” Graham said, trying to Explain Trump’s popularity. “There’s about 40% of the Republican primary voter who believes that Obama was born in Kenya and is a Muslim.”

Listen to the interview below.