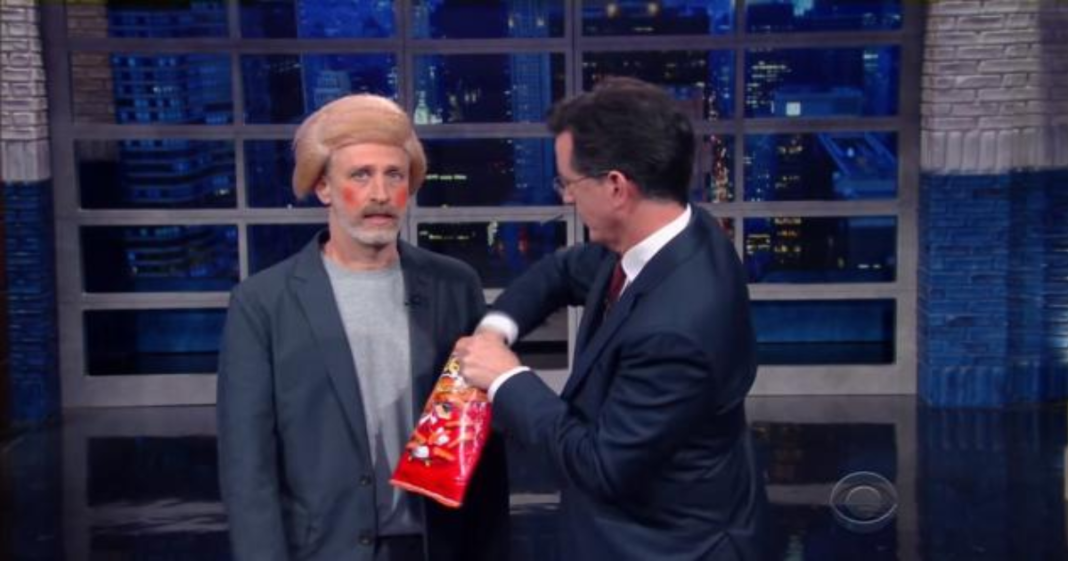 Stewart has been making his rounds on television this week in an effort to draw attention to an important bill, the Zadroga 9/11 Health and Compensation Bill, which would guarantee continued healthcare for 9/11 first responders whose previous healthcare assurance will expire next year.

Colbert told a serious-faced Stewart that his message wouldn’t reach anyone in its “boring” form, so he needed to “Trump it up.”