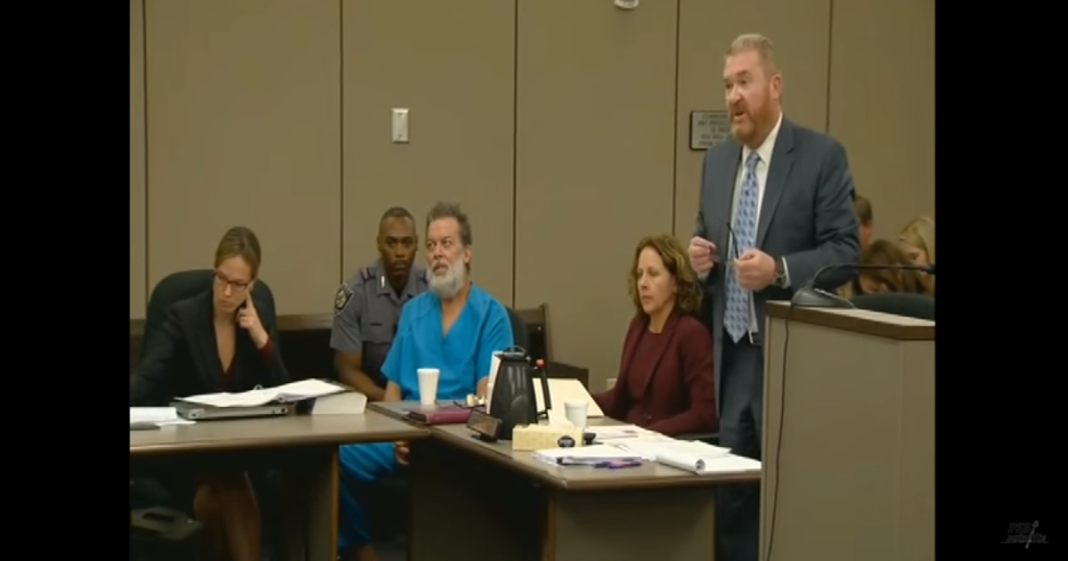 Planned Parenthood shooter Robert Dear revealed that he was extremely suspicious of his own lawyer during a Wednesday hearing to talk about the details of his trial.

The lawyers for both the defense and prosecution were mostly discussing technical issues of the impending trial, such as what information would be released to the media and when a preliminary hearing would be scheduled. Dear continued to complicate the situation with frequent outbursts, eventually accusing his lawyer of conspiring against him.

“Do you know who this lawyer is? He’s the lawyer for the batman shooter that drugged ’em all up and that’s what they wanna do to me”

“You’re not my lawyer”

Dear also expressed displeasure with his lawyer, Daniel King, saying that he felt his he would drug him up to keep him quiet “Like the Batman guy.” King also represented Adam Lanza, the man who murdered several people during a showing of The Dark knight, who Dear claims was under the influence of “psychotropic drugs” during his trial.

Dear also stated that he was going to refuse a psychological evaluation.