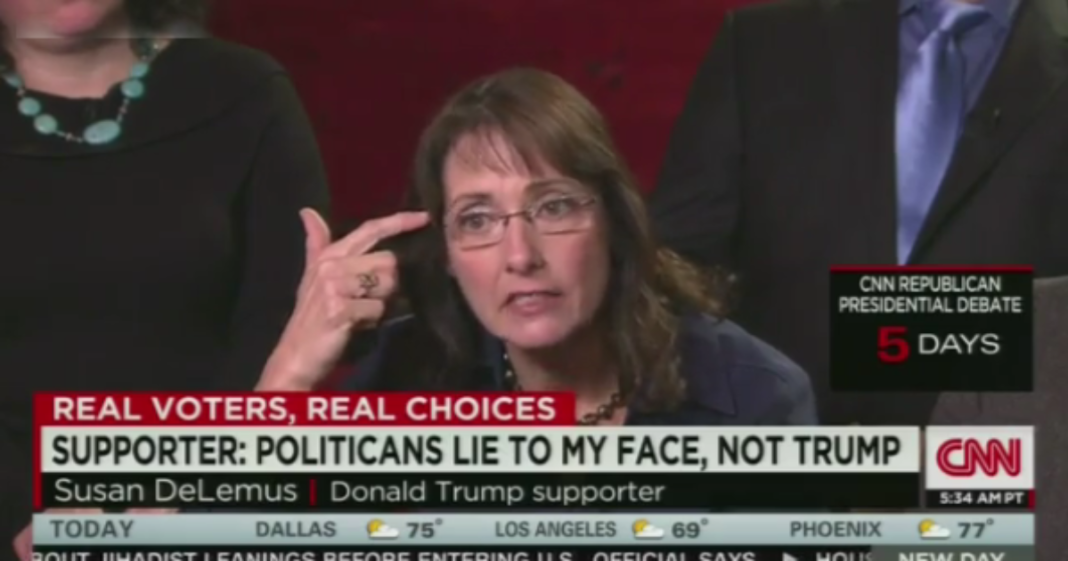 CNN recently interviewed a panel of “real voters” who support presidential candidate Donald Trump, when one woman asserted that Trump is the only honest candidate while other politicians were “lying to [her] face.”

Susuan DeLemus, who was labeled a “Donald Trump supporter,” is actually a two-term member of the New Hampshire House of Representatives. She is a rabid birther and fought to keep Barack Obama’s name off of state presidential ballots in past elections.

“We’ve got people in positions of power who I know for a fact are liars. Liars! I watch the TV — My president comes on the TV and he lies to me! I know he’s lying. He lies all the time.”

“I’m telling you, he says what I’m thinking! Never been involved in politics, never had an interest in any of it. Now suddenly, he is resonating. He is resonating with the people and he’s speaking our minds. Our minds!”

DeLemus’ outburst reveals just how rabid and insane Trump supporters are. This is the sort of people Trump’s hatred is “resonating” with and it isn’t pretty.