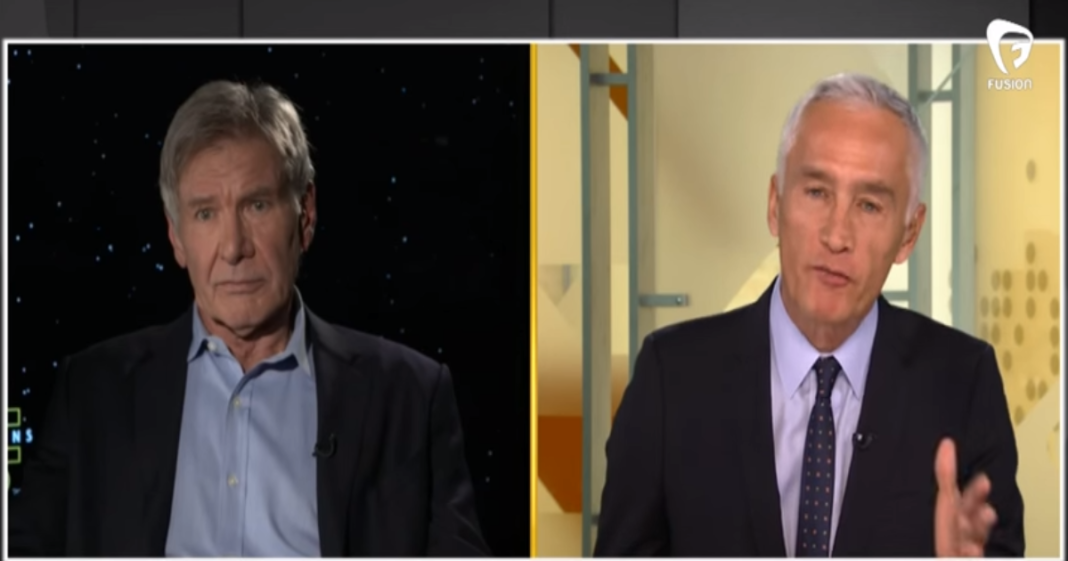 Actor Harrison Ford was put in a sticky situation recently during an interview for Star Wars when he was asked if he supported Donald Trump after the interviewer read a quote from Trump, praising Ford.

“‘I love Harrison Ford, not just because he rents my properties; he stood up for America,'” the interviewer read, “Do you love Donald Trump back?”

Ford jabbed at Trump’s properties, saying that he wasn’t very impressed with the apartment he rented.

“The Donald Trump that owned that building is not the same Donald I’m seeing now,” Ford said. “To me, he’s dealing in divisiveness, in this business of turning people against each other and what we need is a concept of what it means to be an American rather than a Freedom Coalition Republican or a Socialist Democrat. We need a consciousness of what the country needs practically, rather than ideologically”