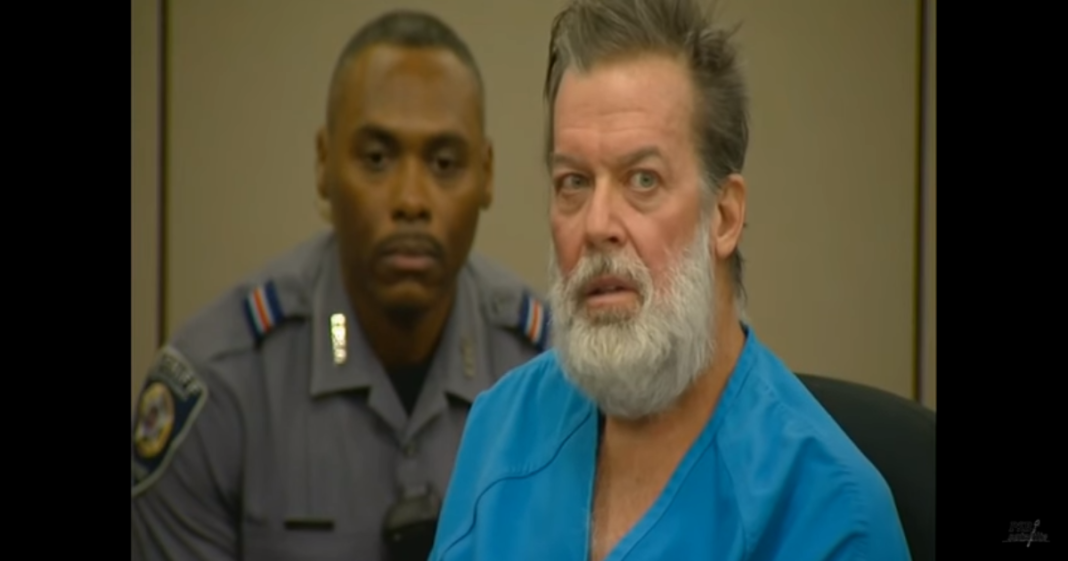 During a hearing on Wednesday to discuss the technical details of Robert Dear’s trial, the crazed man intermittently shouted phrases like “protect babies,” interrupting the proceedings.

The entire 40-minute hearing is a fascinating character study into Dear’s mental health and awareness; from the beginning of the video, one can see Dear’s mind racing with a crazed internal monologue.

At one point, Dear shouted “protect babies,” while his lawyer asked for a gag order on the parties involved with the case. “Let’s let it all come out! Let the truth come out!” Dear shouted.

“Seal the truth, huh? Kill the babies, that’s what planned parenthood does.”

It is now undeniable that GOP anti-choice rhetoric is what motivated this unstable man to act, and he neither denies nor regrets the three lives he ended in his insane quest to “protect babies.”