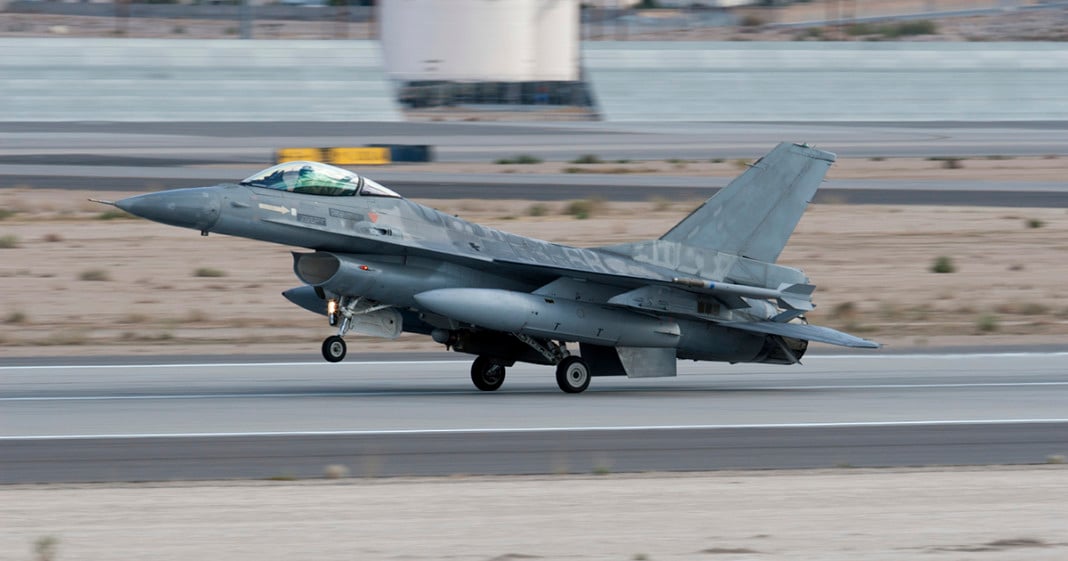 While leaders such as Pope Francis, the Dalai Lama and former U.S. President Jimmy Carter are calling for world peace, the capitalists in the weapons trade are thrilled about the prospect of ongoing death and bloodshed. Furthermore, they have no shame or regret about it. A four-minute recording recently surfaced in which Lockheed Martin Executive Vice-President Bruce Tanner discusses the glowing prospect of increased revenue and profits as conflicts in the Middle East continue to escalate.

The occasion was the Credit Suisse 3rd Annual Industrials Conference, held on December 2nd. The subject was the bloated U.S. defense budget and its implications for the weapons industry’s future revenues and profits.

Not long ago, there was concern among weapons manufacturers like Lockheed-Martin, Raytheon and Oshkosh that cuts in the U.S. defense budget appeared to be imminent.  An article, published in April 2013 by the consulting firm McKinsey & Company, warned: “A ‘down cycle’ in military spending is in fact well under way, its depth and length uncertain.” The authors also advised that weapons manufacturers who played it smart would benefit as the military began seeking new technologies and more efficient killing devices.

Now, with growing U.S. involvement in the spreading Syrian civil war, that defense budget – larger than those of China, Russia, Saudi Arabia, France, the U.K., Germany, Japan, India and South Korea combined – is growing once more. The most recent figure: $607 billion.

It’s a bit less than the industry had hoped for (the Pentagon’s original request was $612 billion).  Nonetheless, DefenseNews describes it as a “treat.” Of that amount, $11 billion is earmarked for the development of Lockheed-Martin’s F-35 jet fighter, an aircraft that is over budget and has yet to see combat. Of course, Tanner and his fellow merchants of death are delighted: “We’re seeing double-digit growth in F-35 production…bigger than the F-22.”

Further discussing the production and sale of products such as ground-to-air missiles, Tanner expresses his pleasure that the industry’s customer base is growing beyond the walls of the Pentagon: “This is not just the U.S. government…this is [the] U.A.E., Saudi Arabia, the activity in Yemen” – all of which is contributing to industry growth. “Our programs are well supported,” Tanner said, adding, “We think we did very well.”

If all of this turns your stomach, you’re not alone. The recording of Tanner’s conversation has been posted at SoundCloud, and the comments are well worth reading (one of which has been included in the title of this story). One commenter, who goes by “Shaka331,” posted: “This is so disheartening …making money off of killing. These people have no integrity or shame in what they do to their fellow humans. I bet they prayed before the meeting.”

Well, we can’t have a little issue like human life stand in the way of commerce, can we?

During the Second World War, when the fate of the entire free world hung in the balance, war profiteering was a crime (one such profiteer was none other than Prescott Bush, whose business dealings aided and abetted the rise of Adolf Hitler).

You can access a webcast of the Credit Suisse 3rd Annual Industrials Conference here. Just make certain you have a strong stomach.