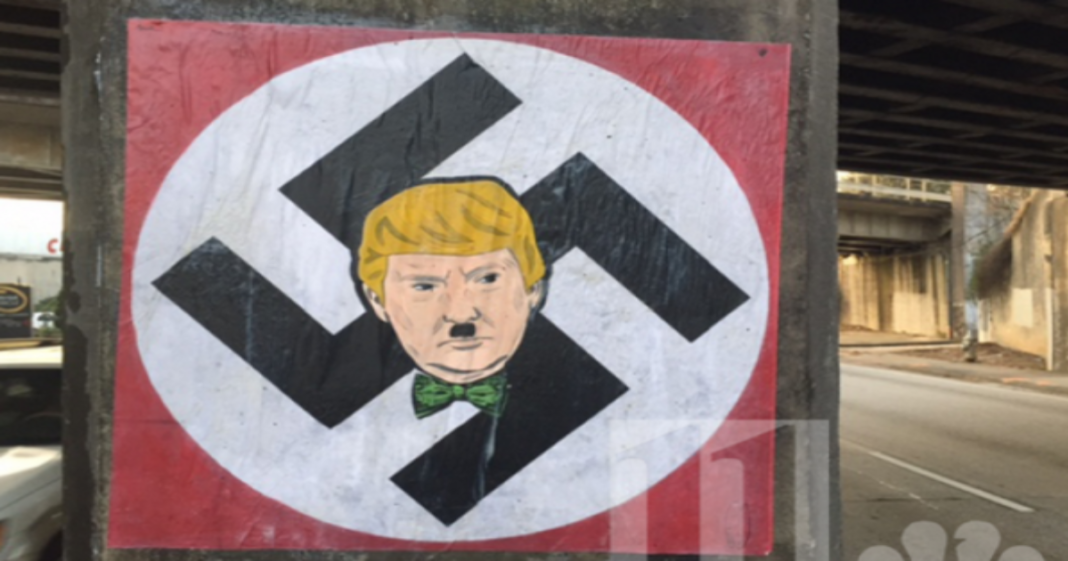 In Atlanta, Georgia, two large swastikas have been graffiti’d on bridges around the city Wednesday morning along with an image of Trump’s head sporting a “Hitler” mustache.

Some may consider it a bit insensitive to use an image of the swastika so flippantly, but these artists apparently felt the comparison between Trump and the Nazi dictator was appropriate and necessary.

The skills of the artist are apparent; the image looks just like the Republican candidate, though the artists did get one detail wrong: Trump never wears bow ties!

Ring of Fire was one of the first news sources to make a comparison between Trump and Hitler, so of course we feel that this image is more than appropriate- it is dangerously true!

Those who are willfully ignorant of the history of Fascism in the world might not recognize the significance of this symbol, so while the informed nod knowingly, the idiots who love trump will just wonder how he got that smudge above his lip.

Read more at Crooks and Liars.