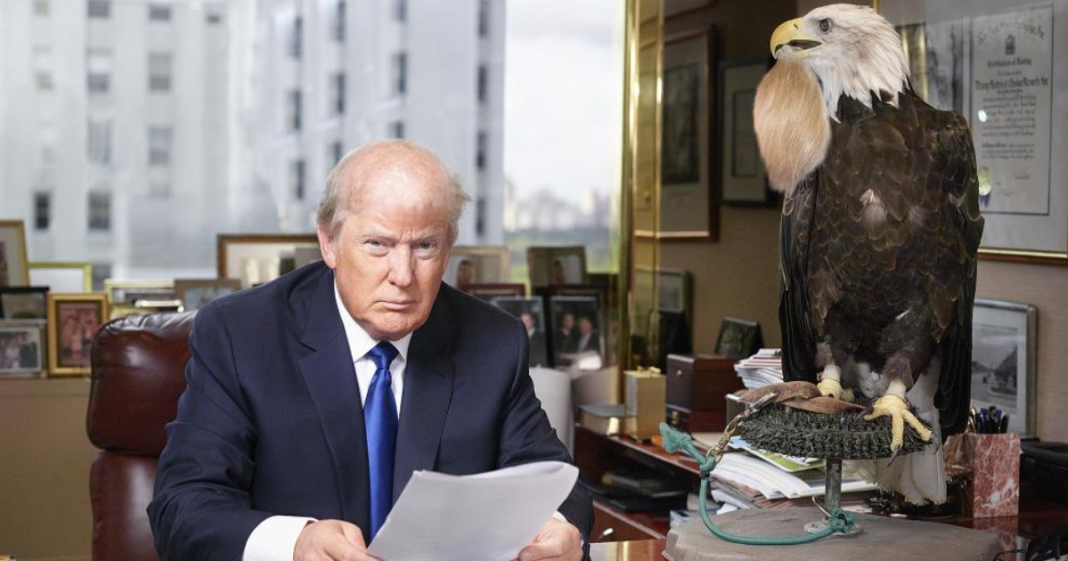 Last August, Donald Trump was asked to pose with a bald eagle, the symbol of American strength and freedom, for the cover of TIME Magazine.

The eagle, aptly named Uncle Sam, decided early on that he was not a fan of the real estate mogul. He tried to fly away when beckoned to sit on Trump’s arm, displacing some of his cotton-candy hair. When Trump attempted to reach near the massive bird’s perch, the wings flapped and the beak snapped. Trump wasn’t actually bitten or scratched, but merely startled.

Watch the hilarity and ponder the symbolism.