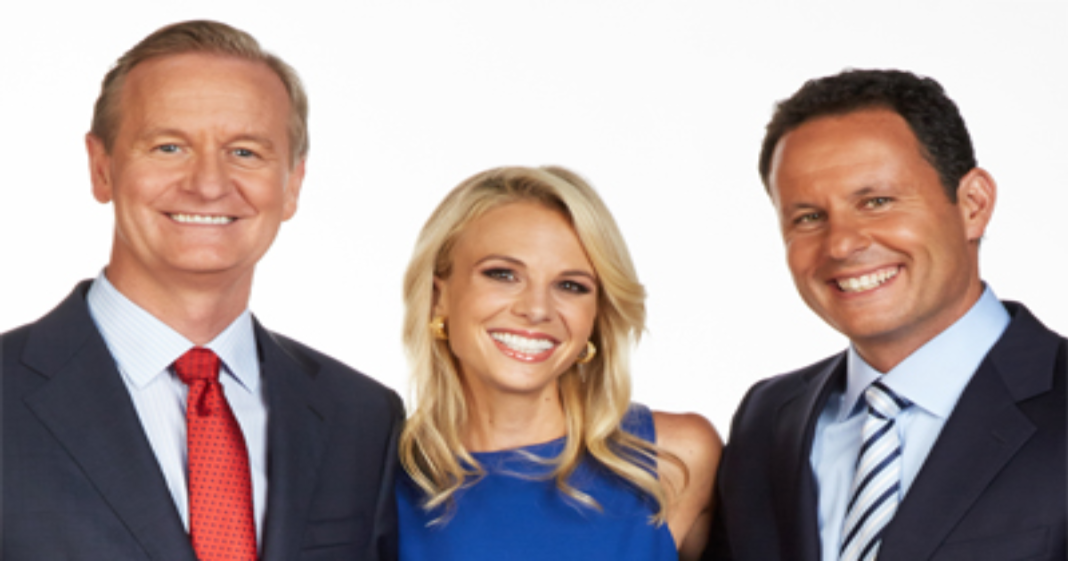 On Tuesday’s Fox and Friends, the wingnut anchors weren’t sure what side to take when it came to responding to Trump’s call to ban Muslims so instead, they danced around the issue and threw some blame at Obama just to be safe.

“Why don’t we have a leader in place that would actually make us feel safe about terrorists, so we didn’t have to go to the extremes and [say], ‘You, you believe this — well, you’re not coming into our country?'”

Obviously President Obama MADE Trump release his incredibly racist statement. It’s surprising that Hasselbeck didn’t sprain something in that giant leap in logic.

Brian Kilmeade also decided that avoiding criticism of Trump was a good idea and also blamed the president, saying, “When Donald Trump comes out with something extreme, at least I can say he’s looking out for you. . . People saw [Obama’s Oval Office Address] Sunday and said ‘wait a second, who’s got our back?'”

Clearly, these hate-spewing puppets absolutely love Trump’s idea but are afraid to go against the strong anti-Trump sentiment in the establishment Republican party and anger Father FOX.