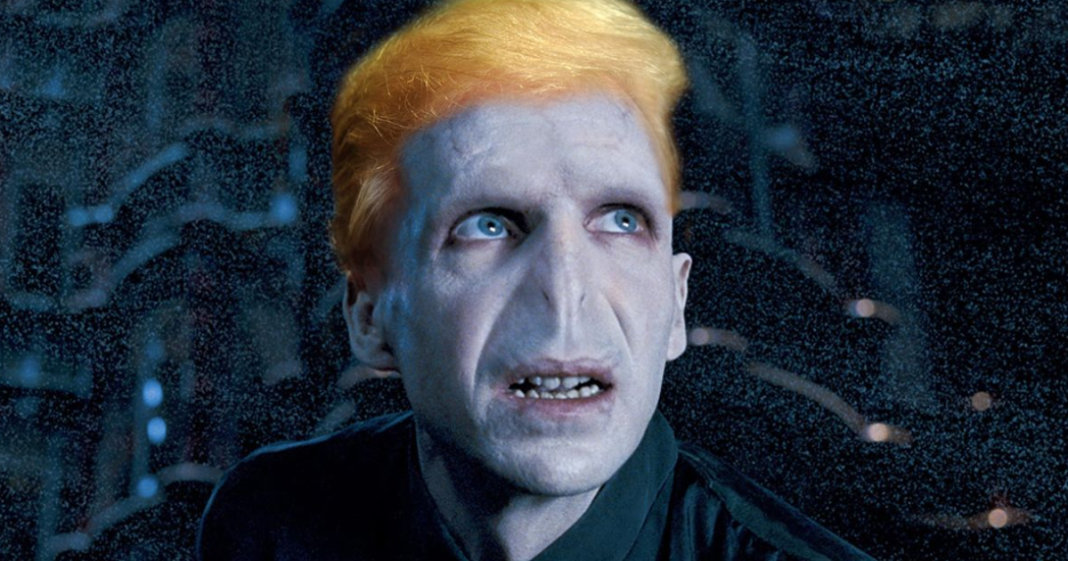 While one can (and should) look at Donald Trump’s campaign as a dangerous downward spiral, which encourages violence and racial hatred in the U.S., one could also find a great deal of satisfaction from the massive tailspin that the GOP is experiencing at the hand of Trump’s successes.

The internet seems to have taken this route, choosing to mock Trump rather than seriously address his horrible ideas.

This video by Salon takes Twitter comments comparing Trump to Harry Potter’s Lord Voldemort, cutting together some hilarious photos of the two.

It is just one way that the internet as a collective whole is telling Trump and the party he champions that their behavior is more than dangerous or repulsive- it’s downright idiotic, and will no longer be tolerated.