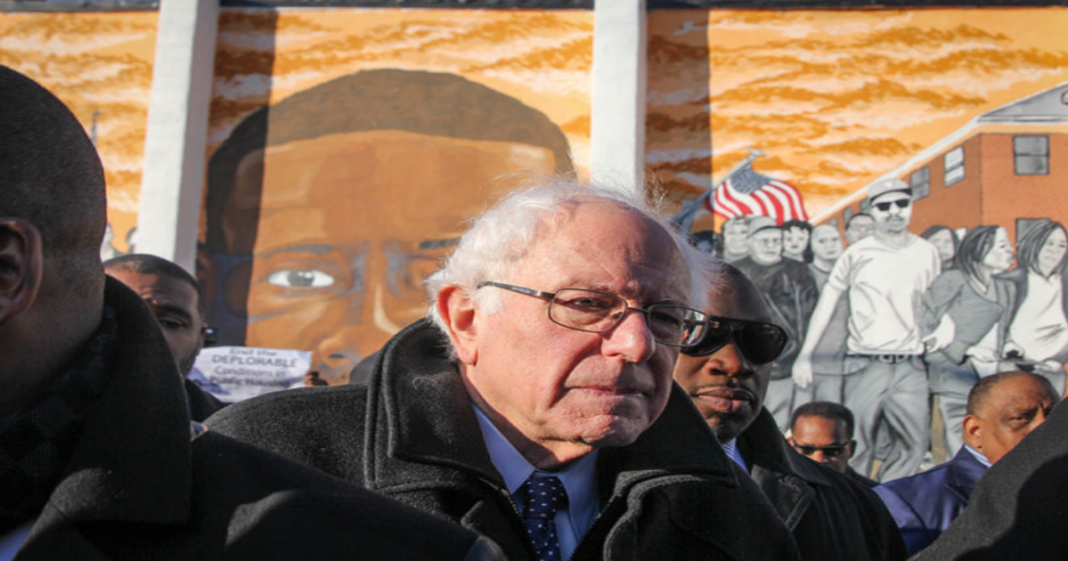 Bernie Sanders once again proved that he is a real candidate with a real and deep interest in the welfare of this country when he rebuked a reporter during a press conference in the hometown of Freddie Gray on Tuesday evening.

Senator Sanders toured the neighborhood where Freddie Gray, a victim of police brutality, had been arrested, and then met with local pastors to discuss the unique issues facing black communities in America. Sanders’ press secretary had asked the reporters to stay “on-topic” ahead of the conference, advising them not to mention ISIS in their questions.

When a reporter asked Sen. Sanders about the advisory the press secretary had given, Bernie became visibly agitated and proceeded to shame the reporter and any members of the media who obsess over controversial soundbites and empty rhetoric rather than focusing on substantial issues like those the Senator was addressing on that day.

“Alright, what about ISIS, guys? How often do these people talk about issues that we talked about today? Of course I’ll talk about ISIS.”

“Obviously ISIS and terrorism are a huge national issue that we’ve got to address. But so is poverty, so is unemployment, so is education, so is health care, so is the need to protect working families.”

Watch and “feel the Bern.”

Watch our commentary on Bernie heading into 2016: