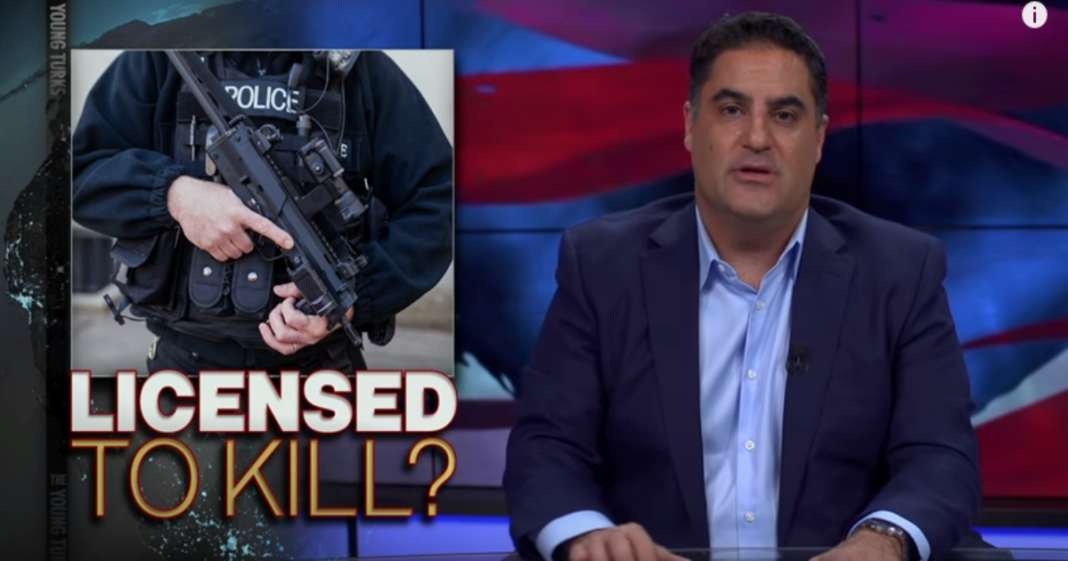 Cenk Uygur, host of the The Young Turks released a video comparing the violent record of American police forces to the relatively non-violent record of European nations like Finland and Denmark and calling for police reform in America.

“The numbers are not anecdotal,” Uygur said, arguing that “we have to face the truth here in America” that our cops are out of control, and that they resort to lethal means far too soon and too often.

“There’s a reason why our cops kill more: ’cause they’re taught to kill more.”

Uygur noted that the way officers are trained in Europe is much more detailed and focused on saving lives rather than taking them. Police forces in other nations focus heavily on de-escalating conflict while American police forces spend their brief training period learning how to defend themselves and take down a suspect.

“What is it about [these videos] that make you want to support that?” Uygur asks of those who oppose any sort of questioning of American police.