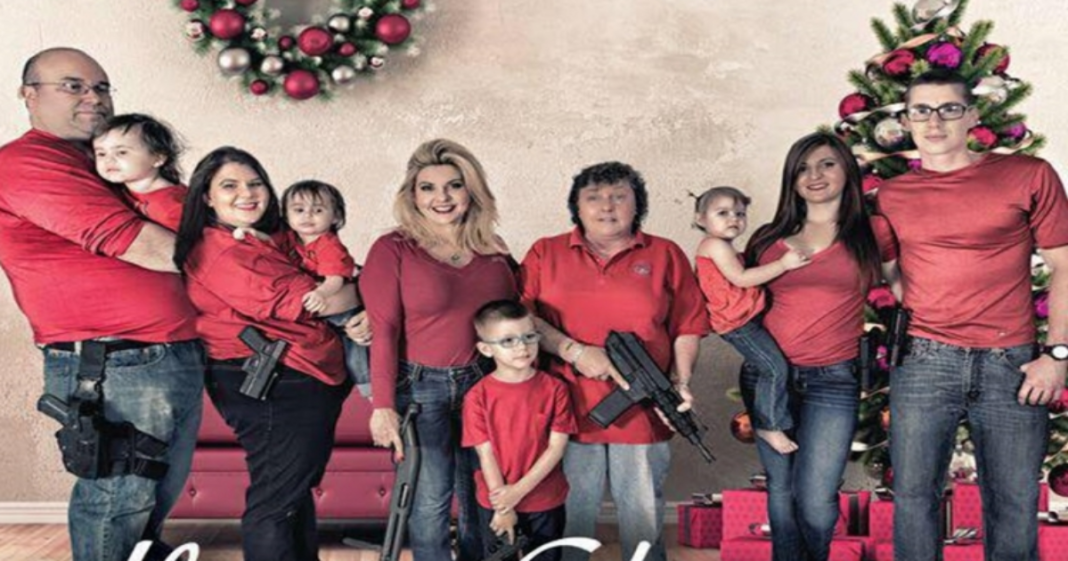 Fiore appeared on Fox News to defend the photo, saying that firearms make great gifts. Fiore also said that December is about Christmas, and Christmas is about family, and family is about blowing away any foes- foreign or domestic- who might threaten your family’s Christmas cheer so she didn’t see any reason why the photo might be in poor taste.

When the photo was first released, many were especially critical that Fiore’s five year old grandson was holding his own boom stick.

Fiore responded to this criticism with nothing but glowing pride for her gun-loving grandson.

“If you look at that picture real close, you’ll see his finger is not on the trigger, my five year old grandson of mine has total trigger control.