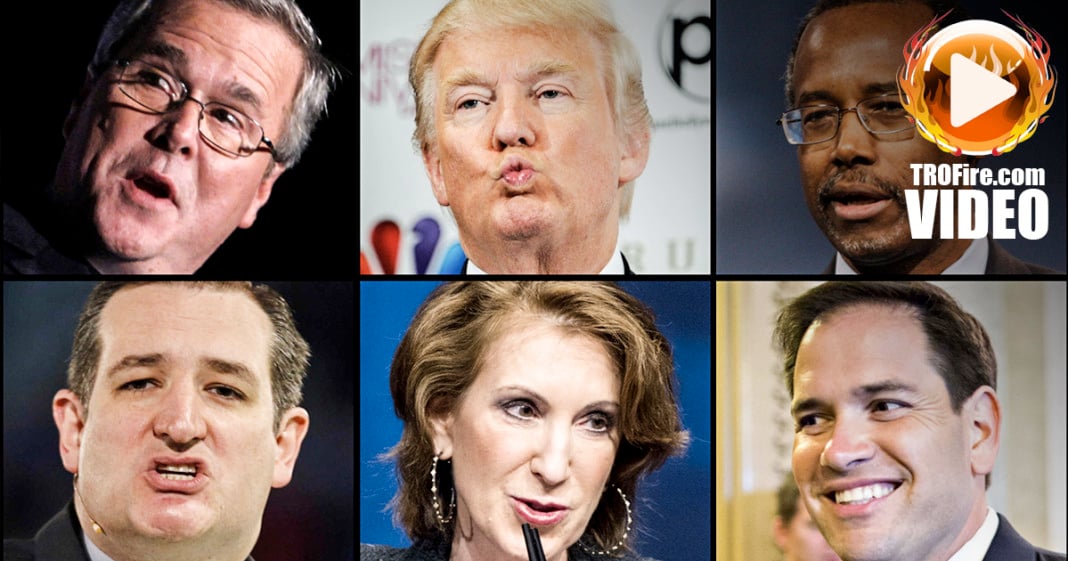 We should all be thinking about what we saw in the Republican debates. In every analysis available, what should bother you the most is that no one is saying the painfully obvious: If any one of the people that we saw on the debate stages wins the presidency, then we, as a country, are completely screwed.

We should be incredibly concerned about the fact that not one single Republican that took part in these debates was able to offer a single, cohesive, coherent policy plan. ON ANY ISSUE. The only thing that came close were their insane ideas to build a wall along the Southern border and to bomb the Middle East into oblivion. But those are the same backwards ideas that the Republican Party has been offering up for 35 years.

Ring of Fire’s Farron Cousins discussed this in a September edition of Ring of Fire on Free Speech TV. Watch: