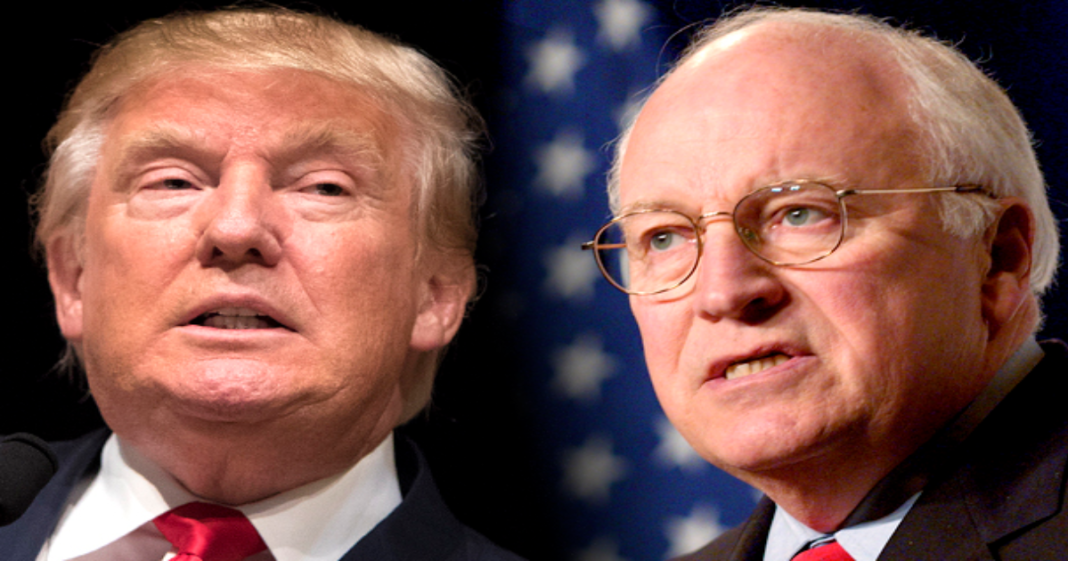 Last week, Former Vice President Dick Cheney got himself a fancy marble statue in the U.S. Capitol to the open-mouthed amazement of everyone who has any memory of his infamous eight years in office.

This week, Cheney has come out to denounce the remarks made Monday afternoon by Donald Trump who called for a moratorium on any influx of Muslim individuals whether they be tourists or citizens returning home from abroad.

“I think this whole notion that we can somehow just say ‘no more Muslims’ and just ban a whole religion goes against everything we stand for and believe in. I mean, religious freedom’s been a very important part of our history and where we came from, a lot of people, you know, my ancestors came here because they were puritans.”

Instead, Cheney suggested that the U.S. set up “safety zones” in rural Syria to “take pressure off” of other nations accepting an influx of refugees.

Dick Cheney talking (a little bit of) sense. Are we in the twilight zone?