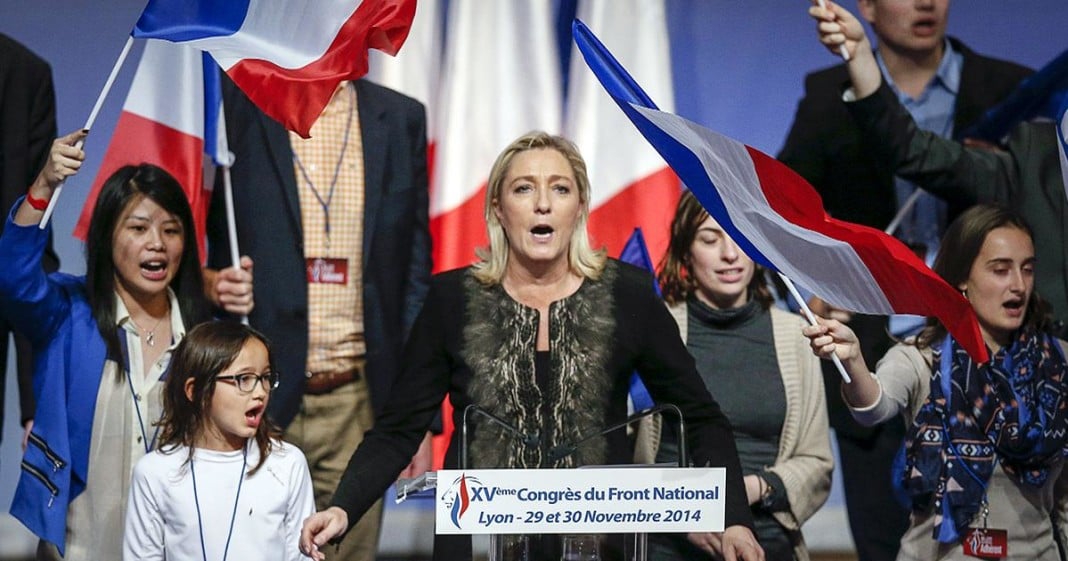 The United States isn’t the only country jumping deeply into the fear-the-Muslim-Boogeyman-run-to-Right-Wing-Papa pool. It seems that in the wake of uncertainty regarding terrorism and attacks from scary brown people, the ignorant and stupid turn to the GOP or their equivalent in order to make sense of things.

In France, this hysteria has manifested itself in strong support for the National Front party who garnered 28 percent of the vote in a first round of regional elections.

The National Front party specializes in being particularly anti-immigrant and anti-Muslim, and the party’s founder is a holocaust denier with ties to neo-Nazi groups.

We have previously reported on the current National Front leader, Marine Le Pen, who has been charged with inciting religious hatred against Muslims for her comments comparing Muslim prayer in the streets to Nazi occupation.

Extreme conservative values in politics is a strongly American concept in the modern world and many nations would consider Democratic party values in America to be right-wing politics in more liberal nations, but it looks like America is gifting extreme right-wing rhetoric to the world this Christmas season (“And it’s Merry Christmas, not Happy Holidays, you liberals!”).