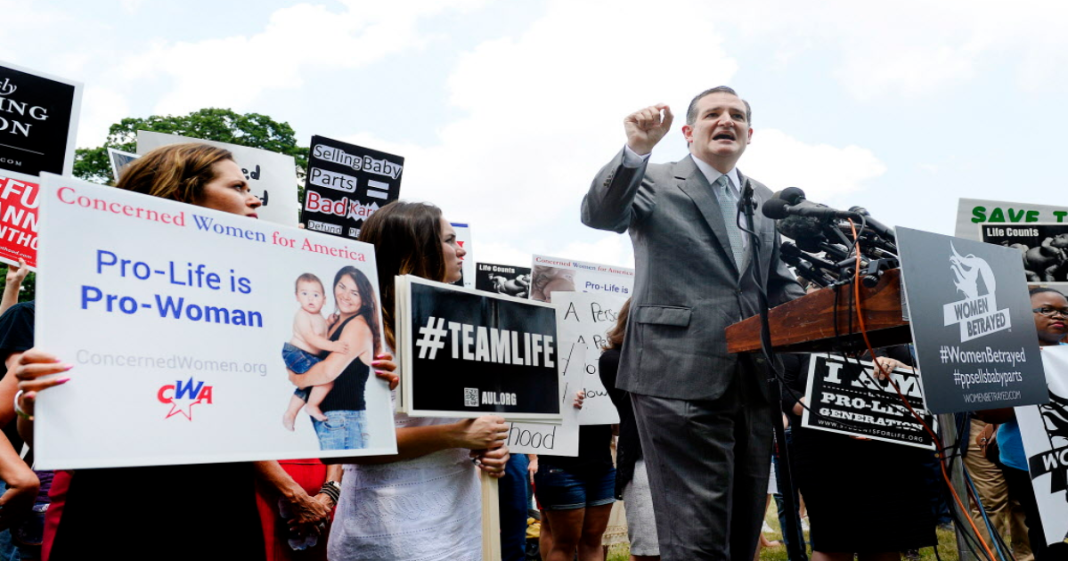 While Donald Trump wages war on Muslims by ignoring the First Amendment to the Constitution, Ted Cruz does his best to measure up to the crazy by promising to use the 14th Amendment as justification for banning abortion.

The GOP has always been a fan of running to the constitution when they need to justify some crazy policy proposal or rail against a commonsense change in law, but the level of distortion of the constitution has risen to an all-time high recently.

Cruz claims that the 14th amendment gives unborn fetuses the same rights as living, breathing people, therefore demanding that they be given their own fair shot at “life, liberty and the pursuit of happiness.” Cruz also claims that the fifth amendment compels Congress to act in order to protect these rights.

If in fact we are to somehow imagine that unborn fetal tissue has human rights, then in the case of an unwanted pregnancy, a woman should be able to press charges against the fetus for kidnapping her body and for theft of her bodily resources. See how ridiculous that sounds?