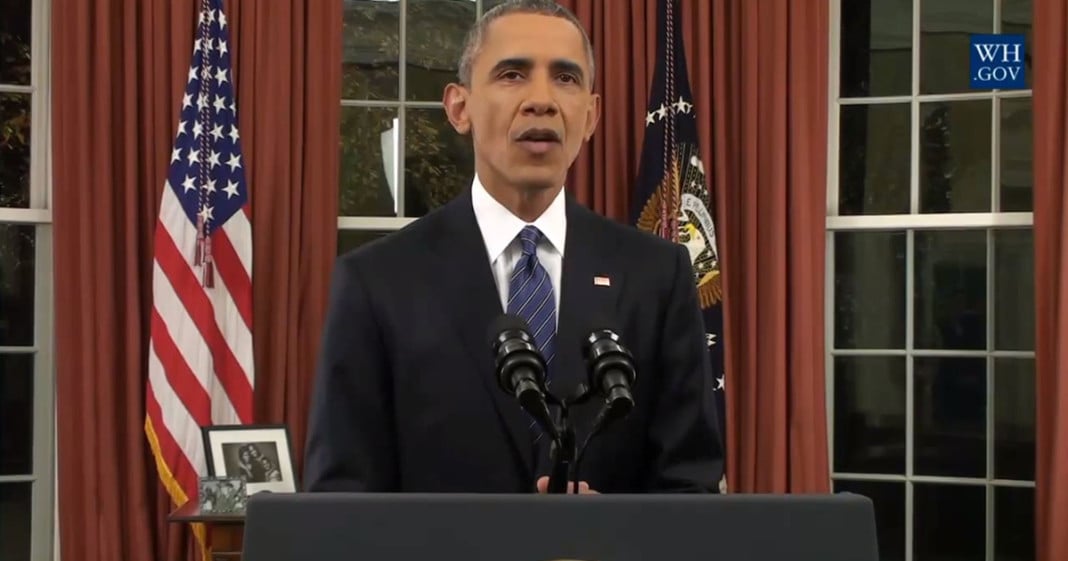 A clip from President Barack Obama’s address to the nation regarding terrorism, wherein he tries to talk some sense into Americans about the difference between Muslims and terrorists who are Muslims. This will not work on most people, but he obviously needs to try. He says that we are entering a “new phase” in terrorism strategies. – Sam Seder’s Majority Report

Trump Promises To Disappear Forever If Joe Biden Beats Him

Trump Administration Interfered With CDC Data To Mislead The Public