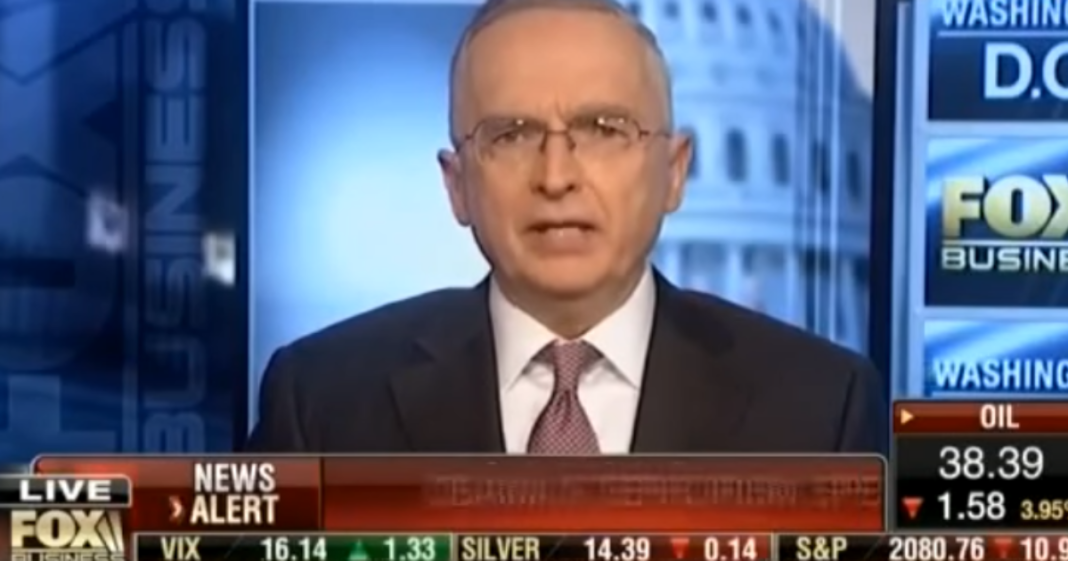 When host of Fox Business Stuart Varney asked Ralph Peters to share what he had been “saying to the tv” in response to President Obama’s Oval Office Address, he surely didn’t expect Peters to launch into a vulgar insult of the president, calling him a “total pussy.”

“Well, first of all, he keeps speaking about ‘we can’t give into our fears.’ You know, ‘don’t be afraid.’ Look, Mr. President, we’re not afraid. We’re angry. We’re pissed off. We’re furious. We want to see you react. We want you to do something. You’re afraid. I mean, this guy is such a total pussy, it’s stunning,”

The tiny birdlike man continued his rant, with Varney interrupting more than once to demand an apology.

Said Peters, “My choice of words was incorrect, but my sentiment, I think, is shared by many.”