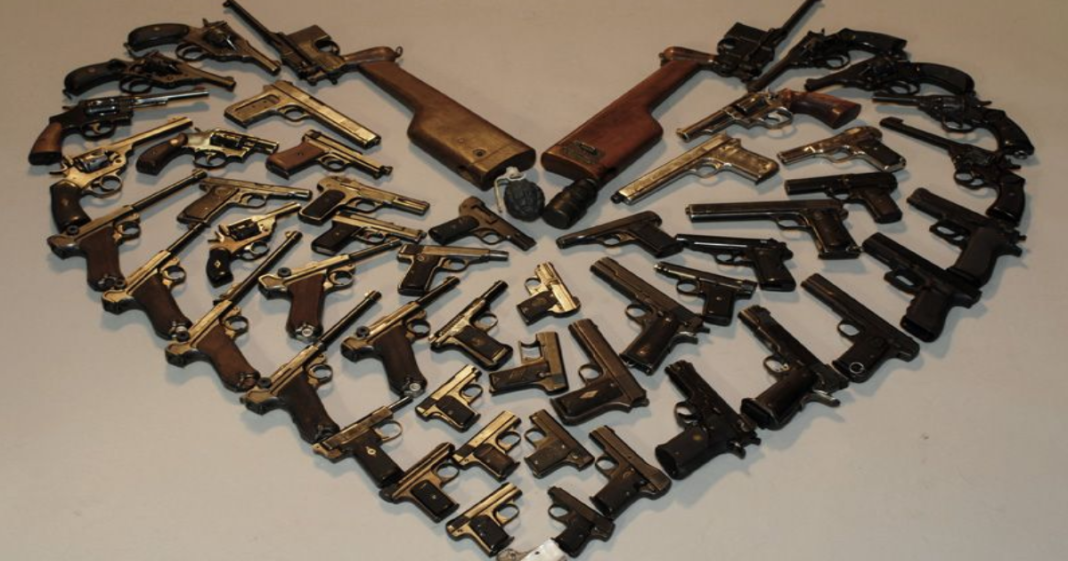 In the wake of recent shootings, American gun-lovers have become even more attached to their shiny metal deathmachines as sales of guns in the U.S. has skyrocketed. Gun retailers and the NRA are certainly rolling in piles of money as they capitalize on fear and paranoia to the tune of millions of dollars.

Smith & Wesson chief executive James Debney, speaking to the Roth Capital Partners conference in 2013, explained that “the tragedy in Newtown and the legislative landscape” resulted in sales that were “significantly up.” The “fear and uncertainty that there might be increased gun control,” Debney said, “drove many new people to buy firearms for the first time.

“‘You can see after a tragedy, there’s also a lot of buying,’ Jeff Buchanan, the chief financial officer of Smith & Wesson, told investors at the RBC Capital Markets conference in September of this year. Buchanan noted that the political landscape of 2016 is uncertain, but that fear of gun control could be on the horizon.”

Of course we already know that the 2016 Black Friday was record-breaking in the number of background checks for guns that were filed in the U.S..

For the gun market and those who endorse it, blood is money, and fear creates a lifetime loyalist, invested in killing machines.