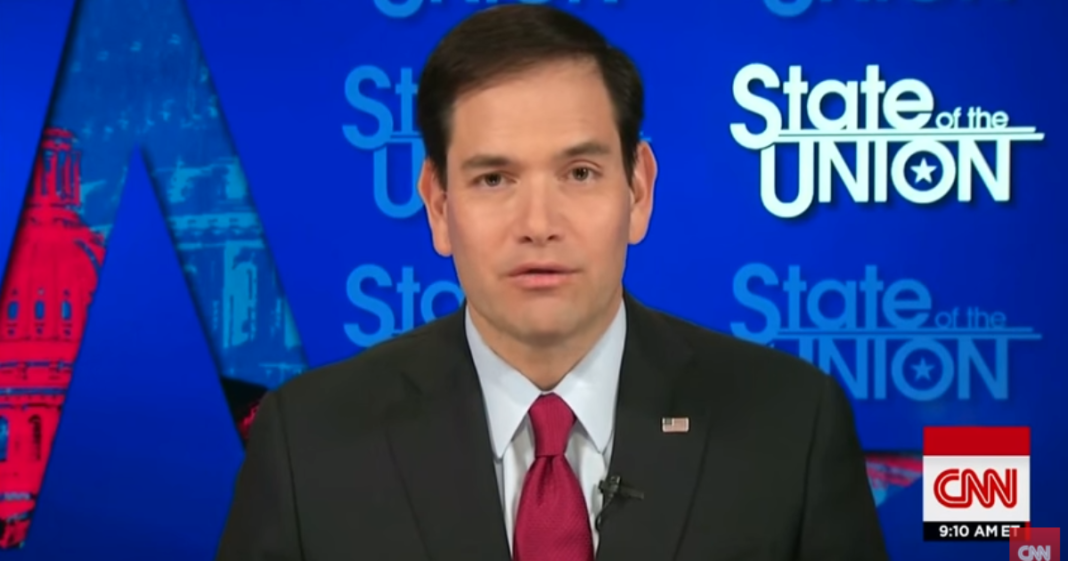 Presidential candidate Sen. Marco Rubio has officially come out against President Obama’s common sense proposal that those who are on a U.S. no-fly list should be barred from purchasing a gun in the United States.

President Obama endorsed the proposal in his address on Sunday from the Oval Office where he said that “right now, people on the No-Fly list can walk into a store and buy a gun.  That is insane.”

Senator Rubio, who is fighting hard to wrest the favor of the extreme right wing from competitor Donald Trump, is trying his best to show support for GOP golden child, the NRA.

By opposing this proposal under the guise of concern for innocent Americans caught in the crossfire, Rubio can continue to please the NRA while also doing nothing to reduce gun violence in America; the winning formula for the conservative party.