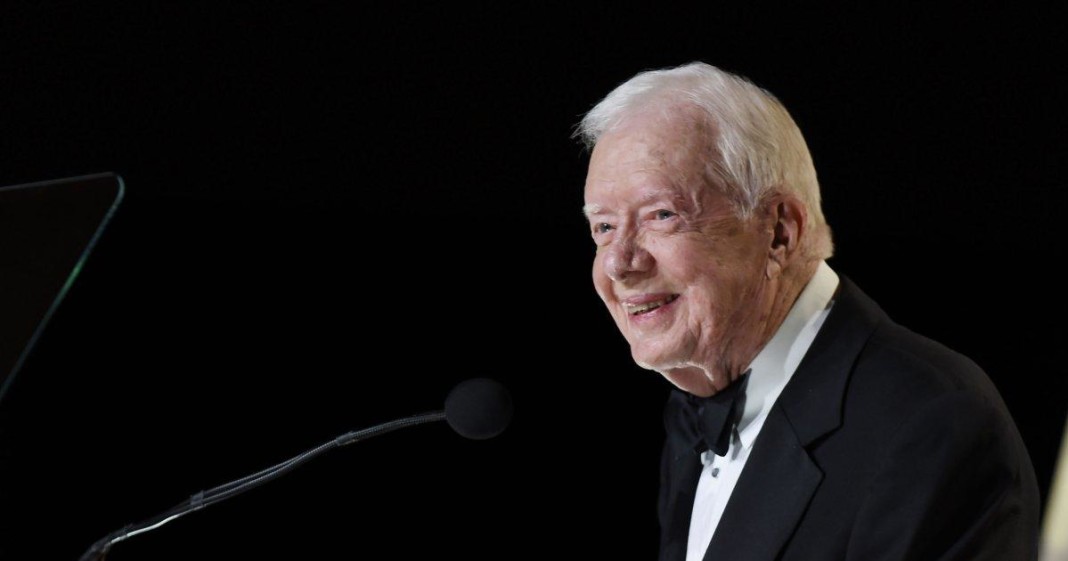 Former President Jimmy Carter announced Sunday that his brain cancer is in remission after doctors were unable to locate cancerous matter during a recent MRI after using a new cancer drug called Pembrolizumab.

President Carter had a type of internal melanoma in his liver and in four places in his brain.

Carter made the announcement during a Sunday School class he teaches in Plains, Georgia.

“When I went [for an MRI] this week they didn’t find any cancer at all, So I have good news. So a lot of people prayed for me, and I appreciate that.”