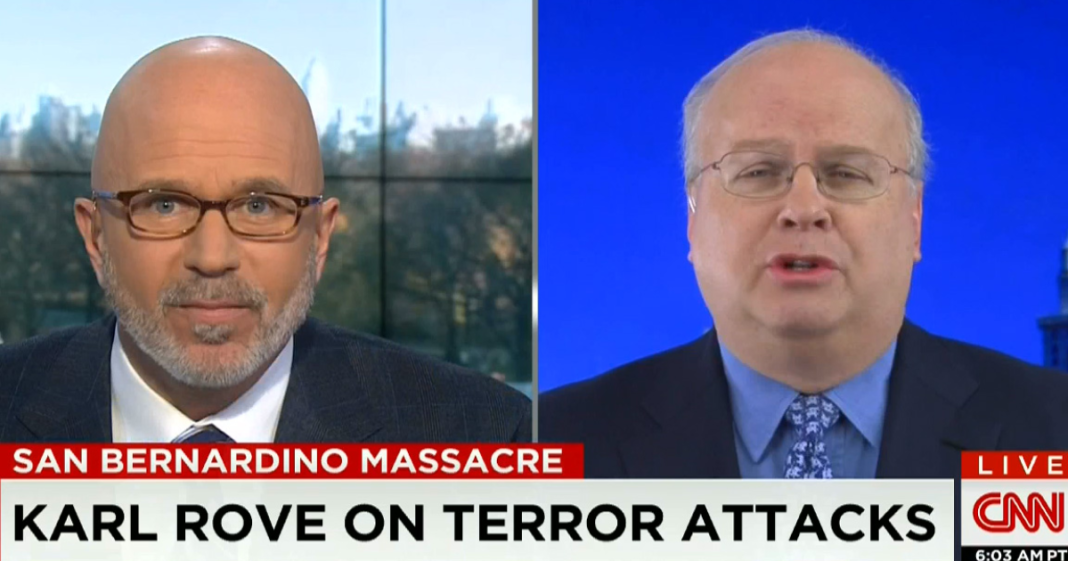 On Saturday, CNN’s Michael Smerconish led a heartfelt criticism on empty rhetoric and partisan party-splitting which seemed to indicate that he and the American public at large were jaded and disheartened with the response to the San Bernardino shooting on both sides of the aisle.

“Politicians immediately suited up in their usual jerseys and resorted to the same old playbooks.”

So what does CNN do to combat this cynicism and politics-as-usual? Smerconish brings Karl Rove on to talk exclusively about Donald Trump and to promote Rove’s book, of course!

Nothing says change in politics like that old right-wing crone staunchly denying that GOP Frankenstein Trump has a chance at the nomination, and spending a little time mourning the loss of white power to boot.