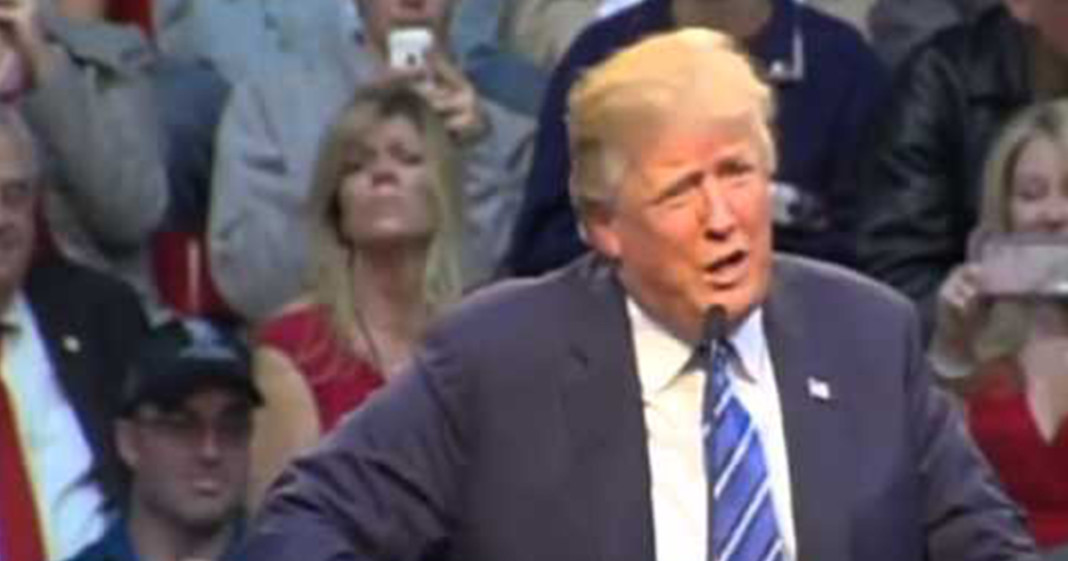 Trump finally encountered a supporter he himself couldn’t handle. During a rally, a woman asked him a question so ridiculous that even Trump was left scratching his head.

“I would like to ask one question. Do you think the refugees are come here – trying to come here – that are trying to go to Germany and all over Europe, do you think they are going to become priests and become celibate?” the woman asked. “If not, what is going to happen to the women in the world in the countries they go into?”

“That’s a pretty wild question, say that one more time.” Trump responded. “What do you mean?”

“Do you think those refugees, those young strong refugees that are trying to get into America, are going to remain celibate?” she said. “Who are they going to hook up with?”

“Okay, I don’t want to get into that question,” Trump said.