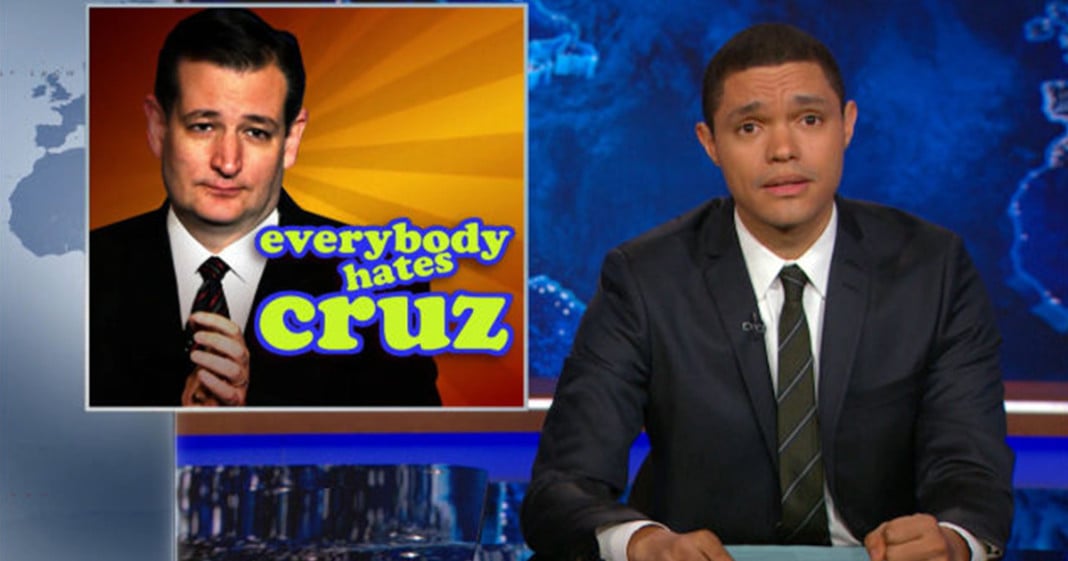 The Daily Show’s Trevor Noah had little patience for Senator Ted Cruz’s following the mass shooting in San Bernardino last week. In the two months that Noah has been an anchor for the show he has had to address mass shootings on multiple occasions. This time, Noah railed against Cruz for his callousness following the shooting. Cruz wasted no time in hosting a Second Amendment gun rally.

“Yeah, 14 people just lost their lives in a shooting, and Ted Cruz’s first thought is, ‘Oh, that reminds me, got to send out my invites to my gun party,'” said Noah. “That seems like something you would do if you were an asshole, which it turns out is exactly what voters are looking for.”

“Maybe Ted Cruz is the leader that America needs,” he said. “He’s the first person in recent memory who’s been able to unite people of both parties in their hatred of him. And maybe, just maybe for that reason, we might all grow to love him. But probably not.”