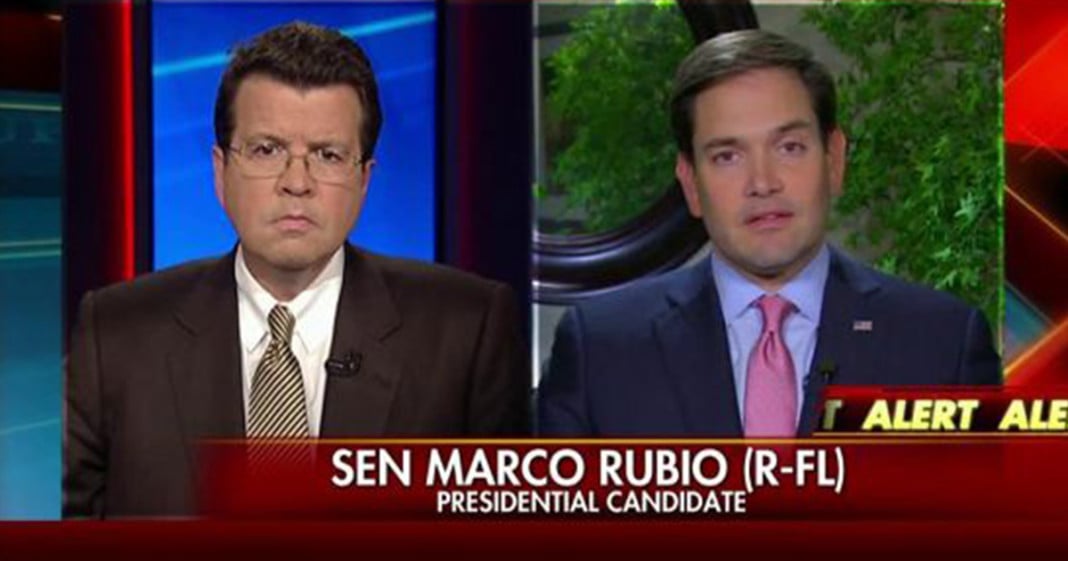 You don’t even have to have something substantial to contribute to the conversation to speak on Fox News, your vaguely conservative ramblings will be sufficient. Marco Rubio is a prime example of this.

Rubio … took to the Fox & Friends couch to complain that liberals jumped to conclusions about the shooting before any of the facts were revealed.

“When this first came out, without knowing anything about the case, the first thing they started talking about was gun control, and gun control,” the junior senator from Florida said. “I don’t hear anybody talking about bomb control. They put bombs, they left bombs behind on the scene of attack, intending to kill even more people than they did with the guns.”