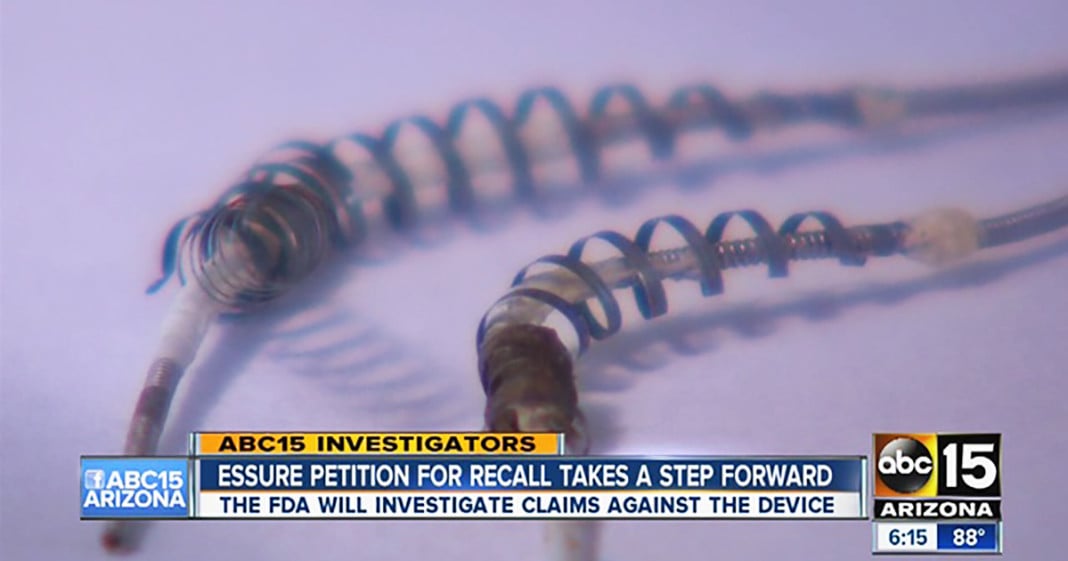 Since it came to market in 2002, the Essure contraceptive device has been implicated in the deaths of four women and five unborn babies. At least 5000 women who have had this device implanted have reported side effects that include ectopic (outside the womb) pregnancies, organ perforation due to migration of the device, allergic reactions from the metal, hair and tooth loss, bleeding, migraine headaches, and severe, chronic pelvic pain. The Essure device is just the latest in a parade of defective medical devices with dangerous side effects about which manufacturers failed to inform the public.

Congressman Fitzpatrick is calling on the FDA to have the Essure device taken off the market. It is highly unlikely that the FDA will act on its own accord in this issue: agency leaders insist that the Essure underwent the “most stringent safety testing,” and that the majority of women using it have benefited from it. Fitzpatrick disagrees. In a recent statement, he said:

The failures of Essure are well documented and wide ranging. Yet, in the face of all these facts, this device remains on the market; certified with the FDA’s stamp of approval. That’s unacceptable to me and unacceptable to the tens of thousands…who are living with this device’s effects. If the FDA or manufacturer aren’t willing to act in the best interest of these women, Congress must.

Like many other defective drugs and medical products, the Essure was approved through the FDA’s “Pre-market Approval” (PMA) process. While this is “the most stringent type of device marketing application required by the FDA” according to DeviceWatch, manufacturers often fail (either by design or oversight) to disclose potential concerns.

Fitzpatrick’s bill, which is garnering support on both sides of the aisle, will make history if it makes it to President Obama’s desk. Although Congress has the authority to bypass the FDA and revoke a medical product’s approval status, it has never before attempted to do so. The bill’s passage is by no means a foregone conclusion. There is likely to be major push-back, not only from the FDA, but from Bayer as well as Planned Parenthood and other medical practitioners who continue to promote Essue as a “safe and effective” form of contraception.

One member of Congress, Rose DeLauro (D-CT 3rd District), has long been a champion of women’s health issues – yet has decided not to co-sponsor Fitzpatrick’s legislation. She has drawn strong criticism for not supporting the bill. However, her reasoning concerns the fact that the proposed legislation affects only one medical device. According to a statement from her press officer:

Congresswoman DeLauro…ultimately decided to pursue other avenues to address this horrendous issue…[she] believes that the entire medical device process at FDA is flawed and has pushed FDA to review approval for a number of medical devices, including Essure, power morcellators, and duodenoscopes.

Although her decision not to co-sponsor Fitzpatrick’s bill has outraged women who have suffered as a result of using Essure, DeLauro’s position is a valid one. Essure is just the latest in a long parade of health care products that have done more harm than good. The reasons these products get to market is due to flawed procedures at a government agency that has become too beholden to the industry. Congressman Fitzpatrick’s bill, H.R. 3920, is a start – but in targeting a single product, it falls short of addressing the underlying rot at the FDA that is leading to hundreds of thousands of injuries and deaths due to defective health care products.