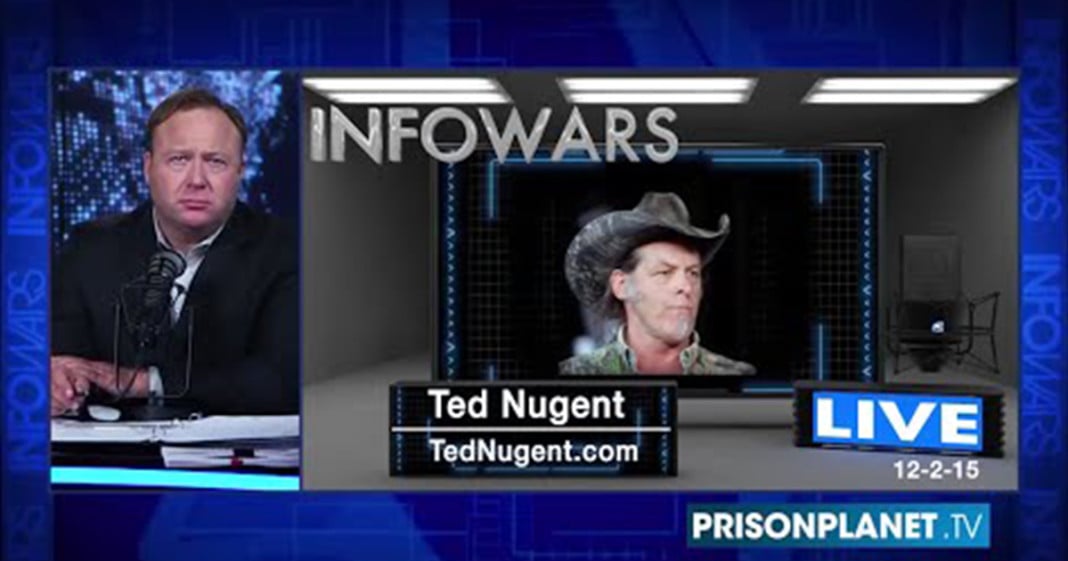 Ted Nugent thinks it’s time for more gun violence in America. According to the right-wing gun nut, liberals need to be shot in the face to rid the country of them. Speaking with Alex Jones, the two conservatives fed into each other’s fervor.

“I don’t care why he’s foaming at the mouth, I don’t care how he got rabies, he’s rabid, get rid of the damn dog,” Nugent said. “When Old Yeller brings us slippers, give him a biscuit; when he foams at the mouth, you shoot him between the eyes. Any questions? You got to do it. America, you got to cleanse this country. No, I’m not talking about shooting anybody. I’m talking about dealing with an outrageous condition that is painful and traumatic and frustrating, but if you don’t face the beast, you’re dead, and that’s what’s going on.”