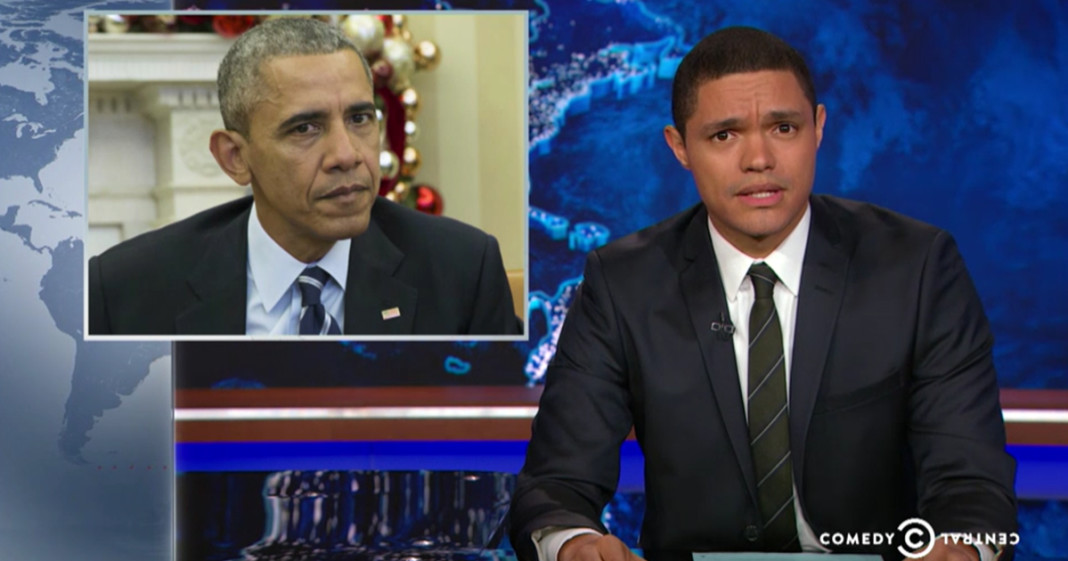 After multiple pushes to take commonsense actions to thwart the plague of gun violence in America to no avail, it is obvious that the stress and frustration of the presidency is taking a toll on Barack Obama.

“I feel bad for Barack Obama,” said Trevor Noah. “He’s been begging for gun control for six years and the only major change to the gun debate since he got into office has been to his face. You gotta feel for rim. We have found the amount of pressure under which black does crack.”

Counter to the apparent strain on Obama, however, is the seemingly effortless ease with which conservative politicians show total disregard for their role in preventing mass shootings in the future.

“He’s barely aged in the past six years! And all he’s had to do about mass shootings is take no steps whatsoever,” he said. “Congress has discovered the fountain of youth: pure distilled inaction.”