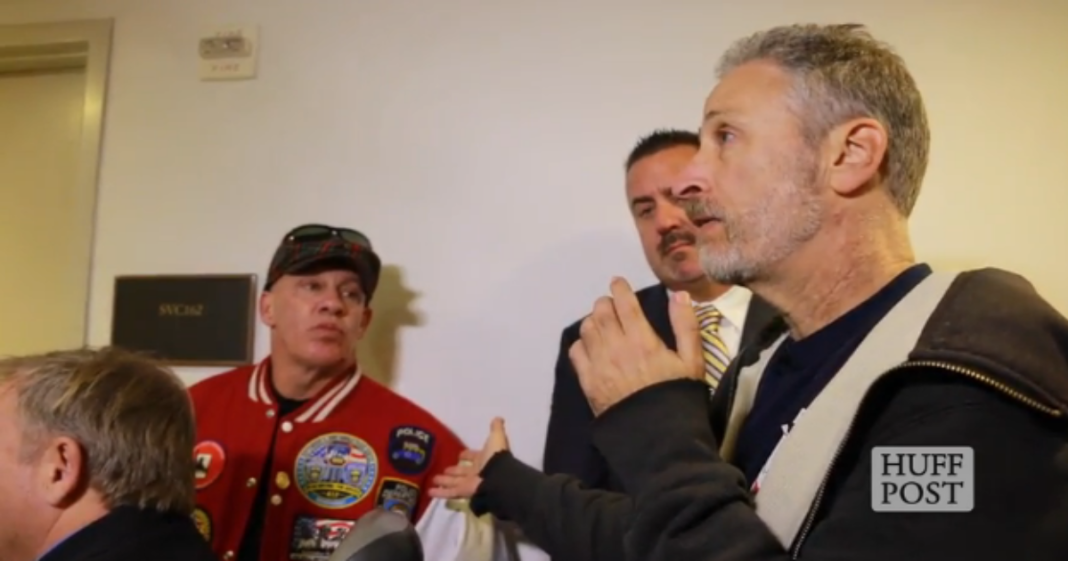 Jon Stewart and a group of 9/11 first responders cornered Senator Rob Portman of Ohio in the hallway beneath the Capitol building Thursday afternoon to bring the Senator on-board an important bill which would renew healthcare and compensation for 9/11 first responders.

Sen. Portman had refused to sponsor the bill or even throw his support behind it. He told the group initially that this was because he didn’t know where the money for it would come from.

“You know, I’m a budget guy, a member of the budget committee, and a former budget director, so we, our general approach is we have to find pay-fors, which is hard to find,”

The frustrated men told the senator that they didn’t understand how the government could find money for other projects, but a bill which would ensure sick and dying first responders healthcare was the one budget sticking point.

Stewart appealed to the Senator as a go-between from the first responders point of view to the governmental point of view. Said Stewart, “You can understand their frustration?”

“Why should this bill, the protection of the health of the September 11th first responders continually come to the last week? . . . We’re at our wits end”

Watch as these desperate men change the mind of the senator.