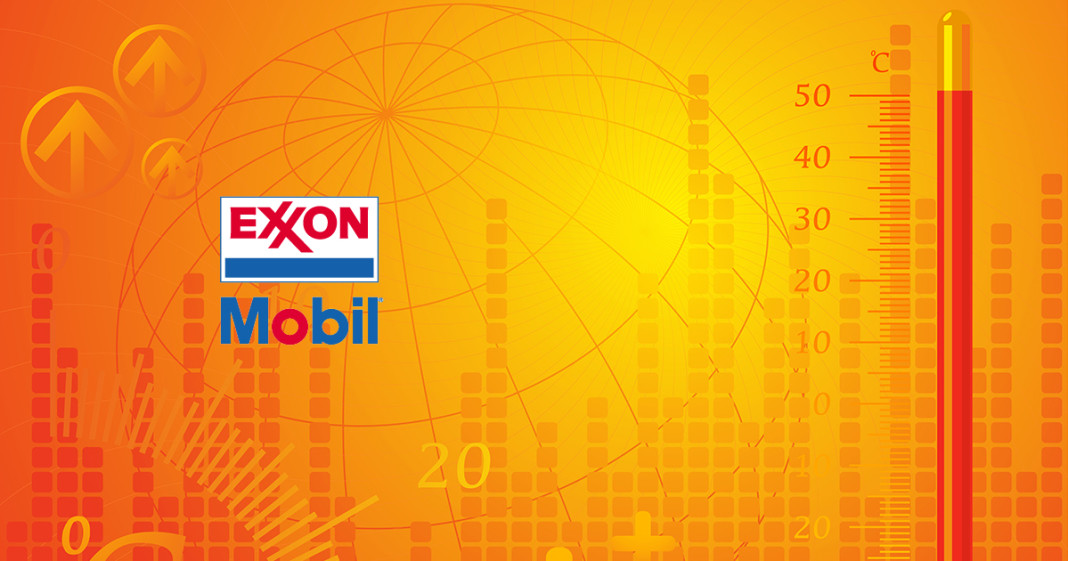 With the demise of the corporate media, a new breed of investigative reporters have risen up to expose corporate criminals. Global petroleum giant Exxon-Mobil, whose actions in the name of “profit” have endangered the very existence of life on Planet Earth, is in their sights. And, just in case you have any doubts about the power of these “next generation” journalists, just know that they have stung the corporate monster where it counts – and it’s crying out.

In September, The Ring of Fire reported on revelations that Exxon-Mobil’s own scientists knew about the effects of fossil fuels on global climate in the 1970s  Instead of sharing this information with the public and taking action, Exxon instead chose to protect its profits – even if it meant sacrificing the planet. The corporation embarked upon a four-decade-long cover-up and “disinformation” campaign designed to mislead and deceive the public. Now, it’s become apparent that Exxon was not the only oil company to engage in the deception. “It wasn’t just Exxon that was involved in this cover-up of climate change,” said Mike Papantonio in a recent interview with Farron Cousins. “Now you’ve got the A.G. of New York saying, ‘You know what? This rises, potentially, to a criminal investigation.’”

And so it has become. Today, Eric Schneiderman, Attorney General for the State of New York, is leading a criminal investigation over allegations that Exxon-Mobil spread false information, downplaying the risks of global climate change to the public – including its own shareholders. One of the big reasons that Exxon’s behavior has been exposed is due to the efforts of students at the Columbia University Graduate School of Journalism, in collaboration with reporters from the Los Angeles Times and the Rockefeller Brothers Fund.  That exposé, published in October, drew the ire of Exxon-Mobil executives. Two days later, Ken Cohen, the company’s Vice President for Public and Government Affairs, fired off a missive to the editor:

Exxon Mobil scientists have contributed climate research and related policy analysis to more than 50 papers in peer-reviewed publications…we have partnered with leading universities such as Stanford and MIT on research into lower-carbon fuel sources…we are committed to helping advance understanding of climate change, [and] advocating for good public policy that  is based on sound science…Exxon Mobil is working to find practical,  effective, and affordable solutions to meet the world’s growing energy needs while addressing the risks associated with climate change.

One supposes all of that is true, if bribing lawmakers and hiring “biostitutes” (scientists paid off by the oil industry to downplay and even deny the risks) constitutes “helping to advance understanding of climate change.” Because the evidence shows that to be exactly what has been going on.

Apparently, the truth hurts, because now Exxon-Mobil is throwing a temper tantrum. The megalithic corporate oil giant has filed a formal complaint with Columbia University. In a six-page letter dated November 20th, addressed to University President Lee Bollinger, Cohen accuses the student journalists of writing articles that were “inaccurate and deliberately misleading.” Cohen adds that the Rockefeller Brothers Fund holds a “stated position against the oil and gas industry,” and that the articles “bear no resemblance to the source materials” cited. In a thinly-veiled threat to withdraw the corporation’s financial support, Cohen reminded Bollinger of the “numerous and productive relationships” between his company and the university, to which Exxon-Mobil donated $220,000 in 2014.

Steven Coll, who heads up the university’s journalism school, came to the students’ defense. In his response, written on December 1st, Coll noted that the letter of Exxon-Mobil consisted primarily of attacks on the student journalists themselves. Coll wrote,

I have concluded that your allegations are unsupported by evidence…I have been troubled to discover you have made serious allegations of professional misconduct in your letter against members of the project even though you or your media relations colleagues possess email records showing your allegations are false.

The L.A. Times also stands by the student reporters. A spokesperson for the newspaper says that Times editors have “carefully reviewed Exxon Mobil’s complaints and concluded that the articles…were accurate, fair and balanced.” Furthermore, the Times has no intention of backing down: “We will continue working with the Columbia reporting team to publish journalism on this very important subject.”

The spirit of Edward R. Murrow lives on. Thanks in large part to the efforts of student journalist Susanne Rust, her fellow reporters, and the L.A. Times, Exxon-Mobil and the rest of the oil industry may finally be held accountable for their depraved indifference toward the Earth and its inhabitants.