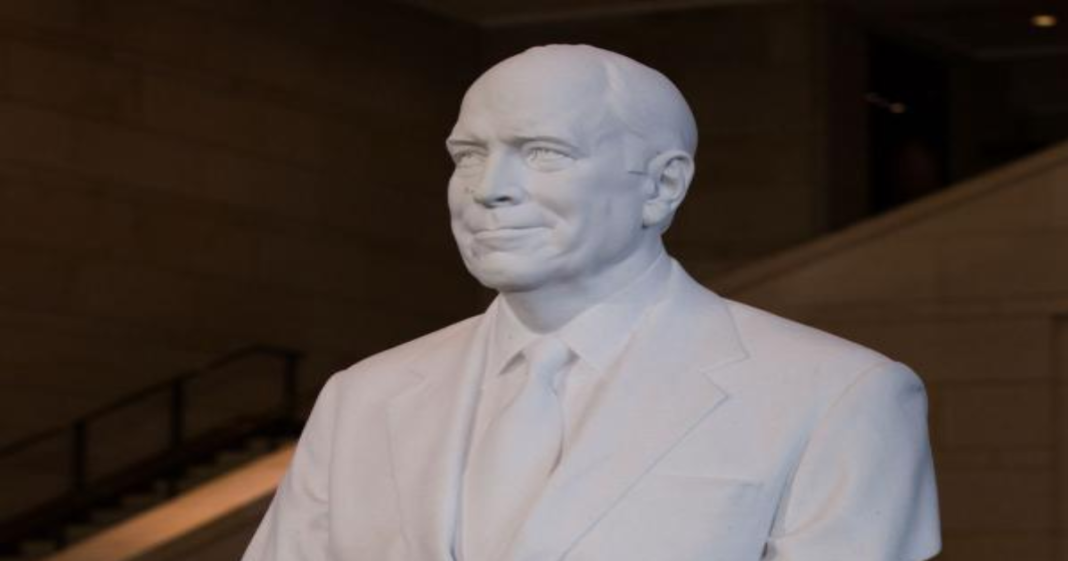 Infamous war criminal and Former Vice President Dick Cheney has found his hallowed place presiding over the senate Friday morning as a bust of his likeness was unveiled with much fanfare.

A bust of each vice president presiding over the senate is a traditional symbol which commemorates the time they served and the role they played in the senate.

This time seems different, though, as the unveiling of a stone likeness of the most infamous vice president of our time occurs in the midst of so much ISIS-related turmoil largely created and encouraged by the actions of the former vice president.

Rather than conjure up fond feelings of things accomplished and time well served, anyone who looks at this bust of Cheney will think back to the countless lives lost from the conniving scheming of one beady-eyed man.

Does it feel to anyone else that we are living in some alternate reality? Watch.