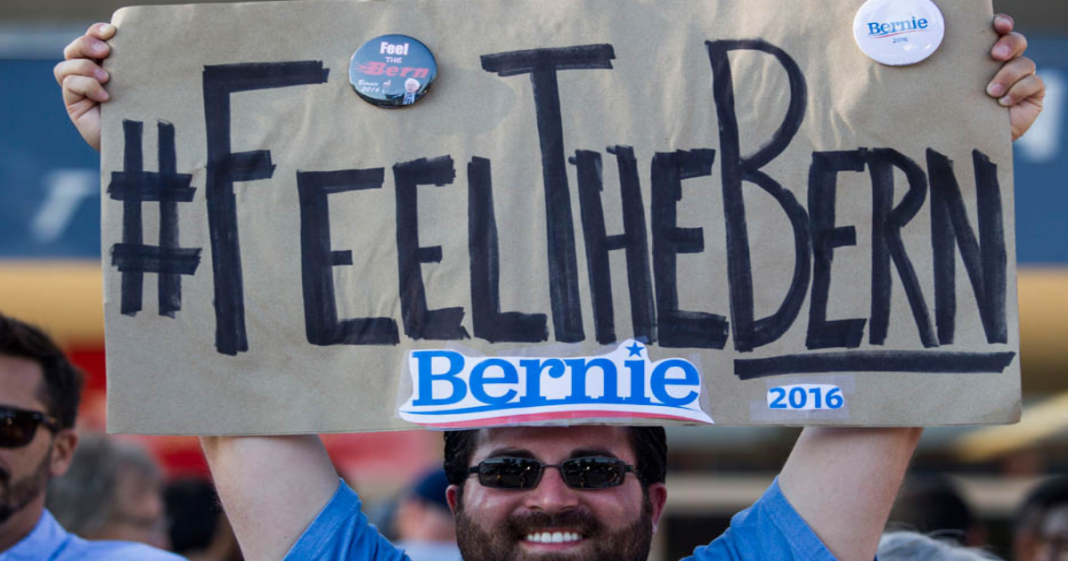 A Quinnipiac University poll released Wednesday has confirmed that Americans are increasingly “feeling the Bern.” The poll reveals that in all scenarios of a Bernie Sanders v.s. GOP match up, Bernie wins every time. In a race between Donald Trump and Sanders, the Democratic Socialist runs away with 49 percent to Trump’s 41 percent.

Fifty-nine percent of voters also say Sanders is honest and trustworthy — placing him well above former Secretary of State Hillary Clinton, his chief rival for the Democratic nomination, and above all top Republican candidates tested in the poll.”

There are of course still 11 months until the election. Polls will continue to roll in with varying results both positive and negative, but this one showing that Bernie has a proven advantage over the GOP will hopefully encourage unsure voters that he has what it takes to defeat the conservative party.