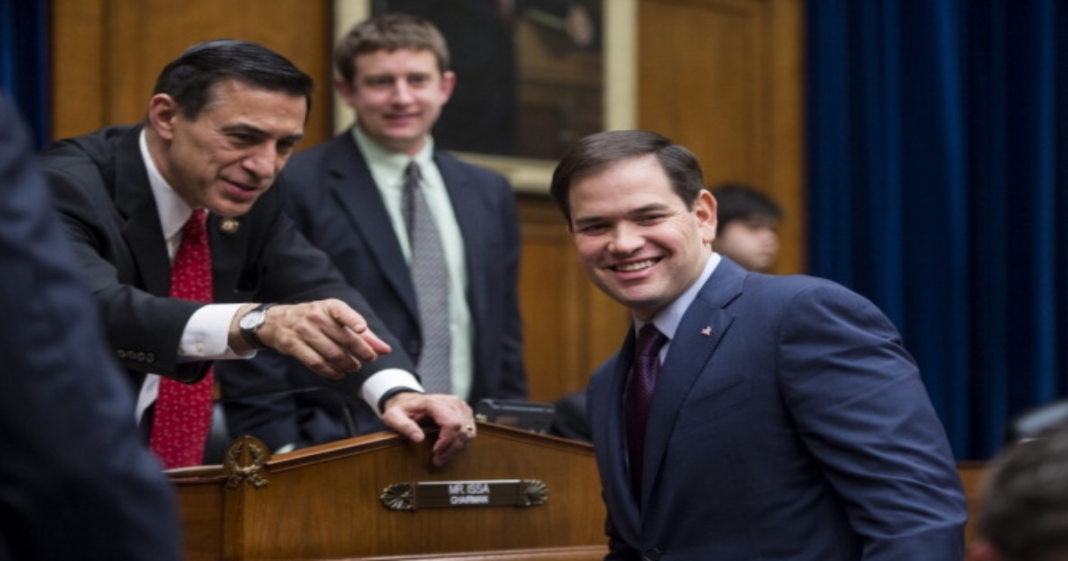 Republican California Rep. Darrell Issa appeared on Tuesday’s Fox and Friends to launch his endorsement for presidential candidate Marco Rubio. Presenting his endorsement with much fanfare, he declared that he was “pleased” to work for the Florida senator.

“Thanks for covering this. Marco Rubio really is an exciting candidate, and I’m pleased to be able to endorse him and to work for him for the presidency.

He’s not afraid to engage on the hottest subjects, and that’s important because the next president’s going to have to fix a lot of broken things, including our foreign policy.”

Senator Marco Rubio will certainly gain a great deal of clout from the endorsement from such an illustrious government official.