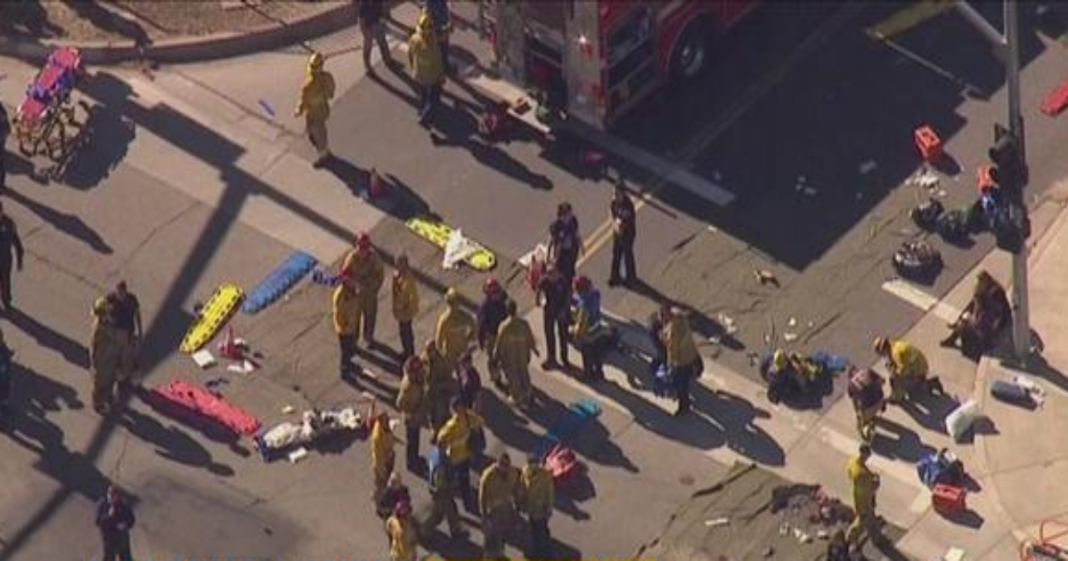 Sometimes the pull to help humanity in a tragedy is greater than the need to document the situation, despite one’s duty to the news. Journalist Alex Vasquez was listening to police scanners in his news van when he began to hear reports of an active shooter and victims being shot Wednesday afternoon in San Bernardino, California.

Vasquez quickly drove to the scene at the Inland Regional Center and what he found was heartbreaking:

“People were collapsing in front of me. Obviously as a journalist you wanna be professional and do your job but you cant help but want to help these people.”

Vasquez gave his cellphone to victims who wanted to contact their family and worked to continue providing journalistic coverage of the tragedy. The tragedy would be declared the most deadly mass attack in the U.S. since the shooting at Sandy Hook in 2012.

Listen as he recounts his experiences.