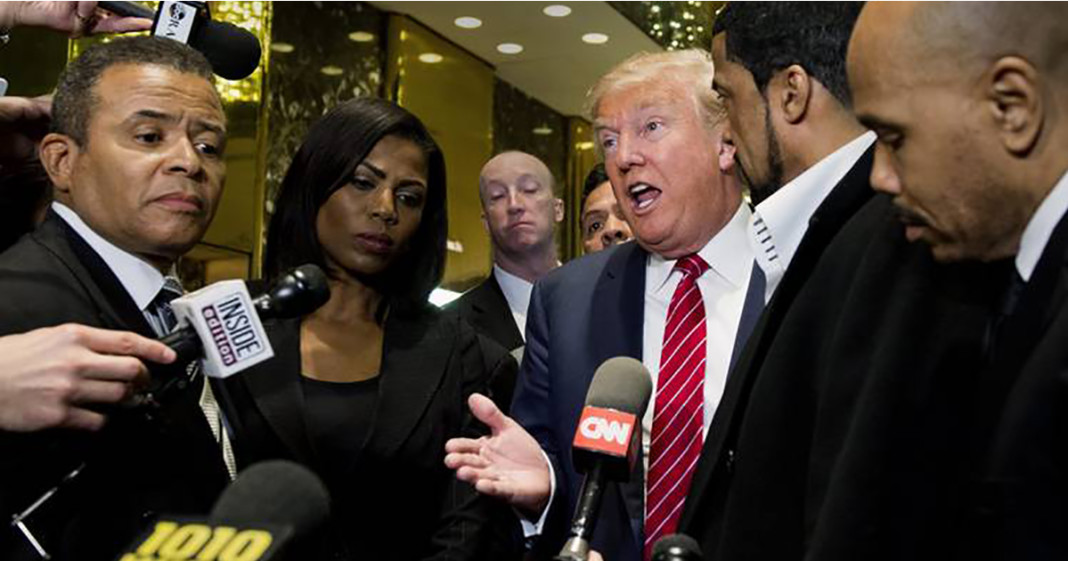 Earlier this week, “the Donald” triumphantly announced that his campaign had received “many, many endorsements” by African American members of the clergy during what he described as an “amazing meeting.”  Trump said, “We came up with lots of good ideas,” while one of the black pastors said, “We had a wonderful time…we made a lot of progress.”

Considering what happened last Saturday, there is reason for skepticism.  One attendee, who had previously turned down an invitation to meet with Trump, was Bishop Corletta Vaughn of Detroit. She described the meeting and the press conference that followed as a “get played moment.” Others are saying that Trump is exaggerating about the meeting and the support he was allegedly being given.

The fact is that 100 African American religious leaders were invited to meet with Donald Trump. According to the GOP presidential hopeful, those in attendance would be endorsing his candidacy. Everything else about the event is open to question. According to attendee Bishop Victor Couzens, only about half that many showed up – and almost no-one in attendance actually offered the Trumpster any endorsement. Instead, Trump was advised to back off on his anti-immigrant and racist rhetoric, which has already alienated the Hispanic community (including conservatives) and members of the Black Lives Matter movement as well as the disabled.

If there was ever “great love in the room” as Trump claims, it went out the window when Bishop Couzens told Trump that he should “apologize and repent.” Couzens was immediately cut off by angry staffers who demanded to know why he owed an apology to anyone and questioning what he had to repent for. Significantly, Trump said nothing, letting his hired goons speak for him. When it was finally revealed after the meeting that most of the clergy in attendance had in fact not promised to endorse his candidacy, Trump canceled a press conference that was to be held in conjunction with the meeting. Later on, Trump claimed that it was members of the Black Lives Matters movement who pressured the clergy to withhold their endorsements.

That wasn’t the case, either. Rather, it was a letter, signed by over 100 African American members of the clergy, urging their colleagues not to endorse Trump:

Mr. Trump routinely uses overtly divisive and racist language on the campaign trail. Most recently, he admitted his supporters were justified for punching and kicking a Black protester who had attended a Trump rally with the intent to remind the crowd that “Black Lives Matter.” Trump followed this action by tweeting inaccurate statistics about crime prevalence rates in Black communities – insinuating that Black people are more violent than other groups. Those statistics did not reflect the fact that most crimes are intraracial, meaning that most people do harm to people of their own race. They also did not speak to the crime of neoliberalism, capitalism, and white supremacy which kill thousands of black and nonblack people each day.

That is exactly what Trump has demonstrated to the public. What is even more disturbing to Bishop Couzens is that Trump’s campaign has gotten so much traction from his racist rhetoric:

The fact that he can behave like that, and he’ll continue to soar in the polls really says something about where we are as a nation. It’s like, what’s going on in our country? I understand that most people are at the point where we don’t want another establishment politician, but at the same time, is this what we want?

Couzens’ concerns are justified. Trump may be a racist, neo-fascist buffoon, but the fact that so many Americans are supporting him says more about the electorate than it does him. In a way, Trump’s candidacy may be a blessing in disguise. It has brought all the ugly racist undercurrents and elements  in U.S. society to the surface for the world to see. It is possible many of us, particularly liberals and progressives, believed that we had finally achieved a “post-racial” society, in which skin color and ethnicity was no longer an issue. Trump’s campaign as shown us that we were wrong – and that we have much more work to do before we fully realize that ideal.