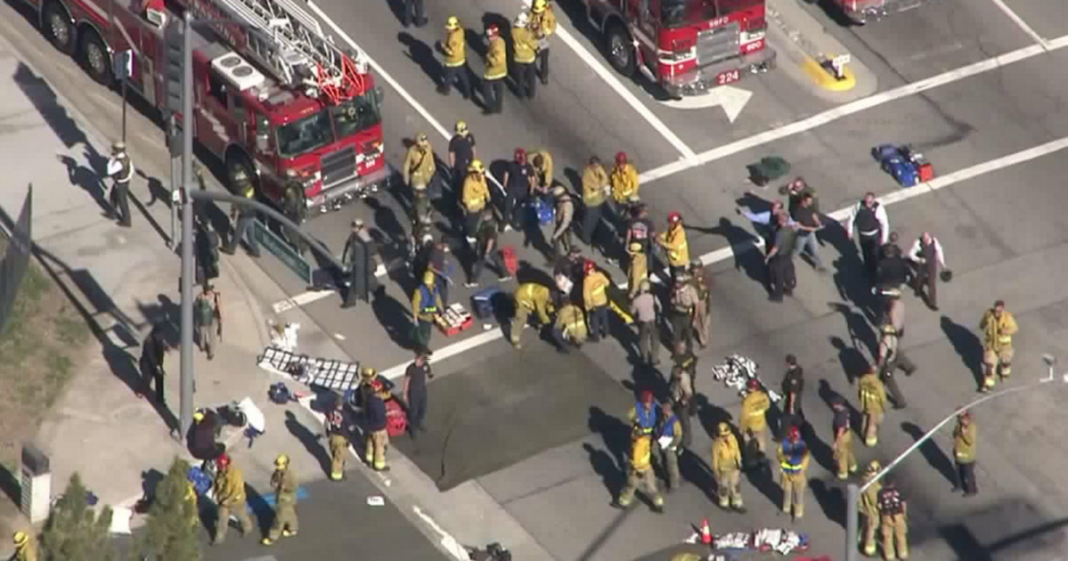 Police are searching for 3 suspects they saw arriving in large black vehicle, carrying “long guns” and dressed in tactical gear.

Police also saying most or all people shot were in one conference center in the building.

San Bernardino Police have said that they are currently looking for the active shooter or shooters and a SWAT team is currently on the scene.

The shooting occurred at the Inland Regional Center, a center which assists individuals with developmental disabilities. It is unclear whether the center was targeted or if it was just a random attack.

President Obama is currently being briefed on this situation.

This is a developing story.