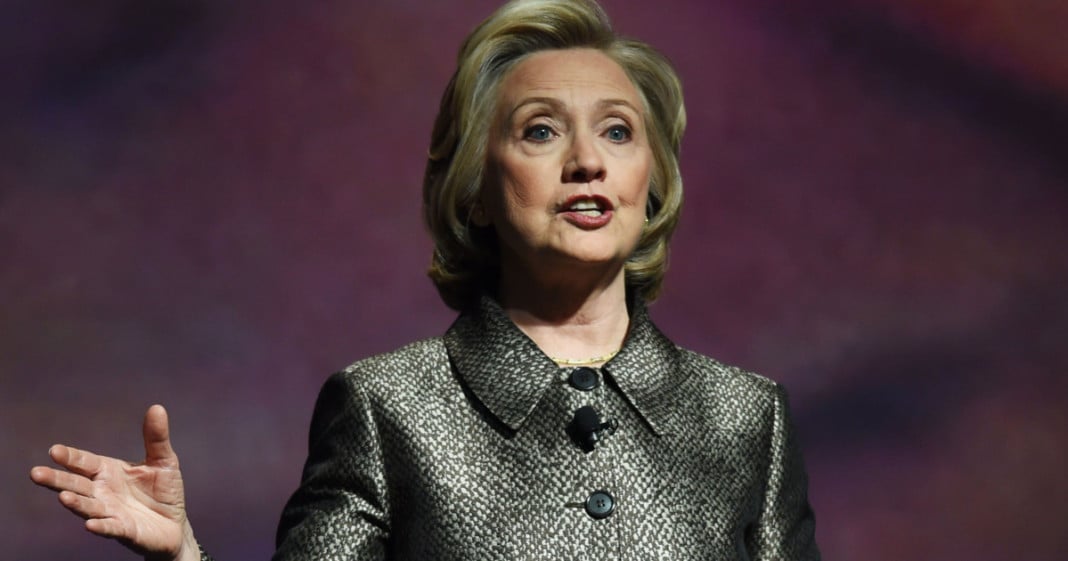 Hillary Clinton fans agreed after the second debate that the candidate’s gaffe invoking 9/11 as the explanation for why she is supported by Wall Street was a grave error, but dismissed it as an error and nothing more.

Now, it appears that Clinton meant what she said during the debate, as an interview with CBS released on Tuesday featured Clinton once again bringing up 9/11 as a way of explaining her relationship with Wall Street.

For the second time, Clinton asserted that she cannot be bought, though this time without Bernie Sanders present to call her out on how unrealistic that would really be.

Regardless of what American tragedy Clinton invokes in order to calm the American people’s rational fear of her dark dealings, the fact remains that she has extremely close ties with the giant corporations which we should be working to regulate. With a corporate establishment Democrat in office, we cannot guarantee that Wall Street will be held accountable. It’s as simple as that.