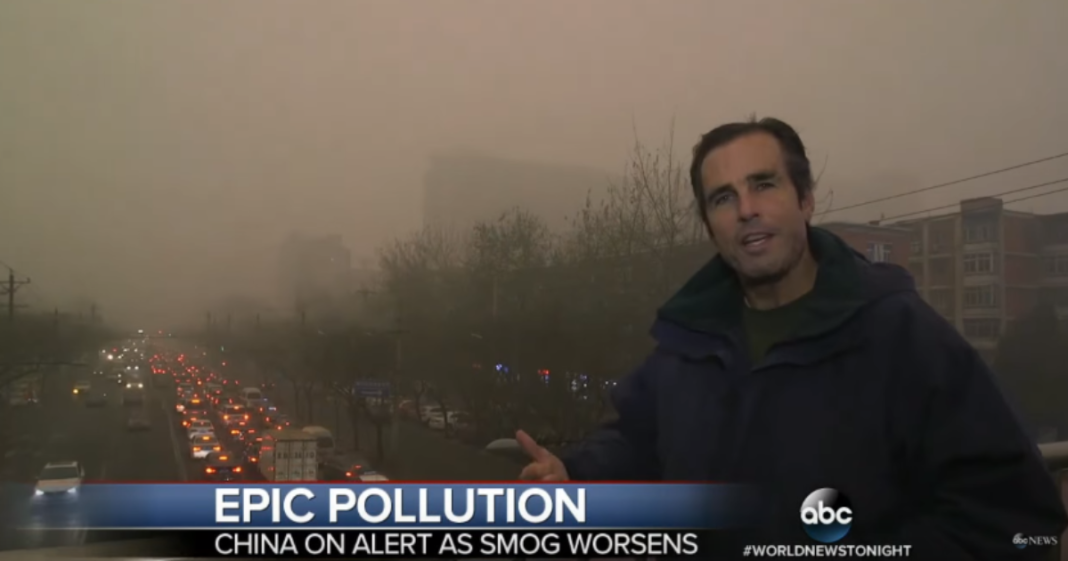 People in the Chinese city of Beijing are experiencing a level of pollution which has authorities advising individuals to stay indoors until the smog clears. It is a disturbing and dangerous level of pollution that could be the fate of the U.S. if corporations were allowed to run rampant without any governmental regulation.

Many Republican talking heads have vowed to vote against anything Obama proposes in the way of earth-saving. With many GOP politicians trying to deregulate and fight against the Paris Climate Summit, it is important to remember how far the U.S. has come in reducing our most obvious pollution, though there is a long way to go as the Summit will prove.

The images of Beijing in the midst of a pollution attack is a strong reminder that we need government to protect us from what corporations would inflict in the name of profit, and that continued efforts to save the planet will have a direct effect on human health and livelihood.