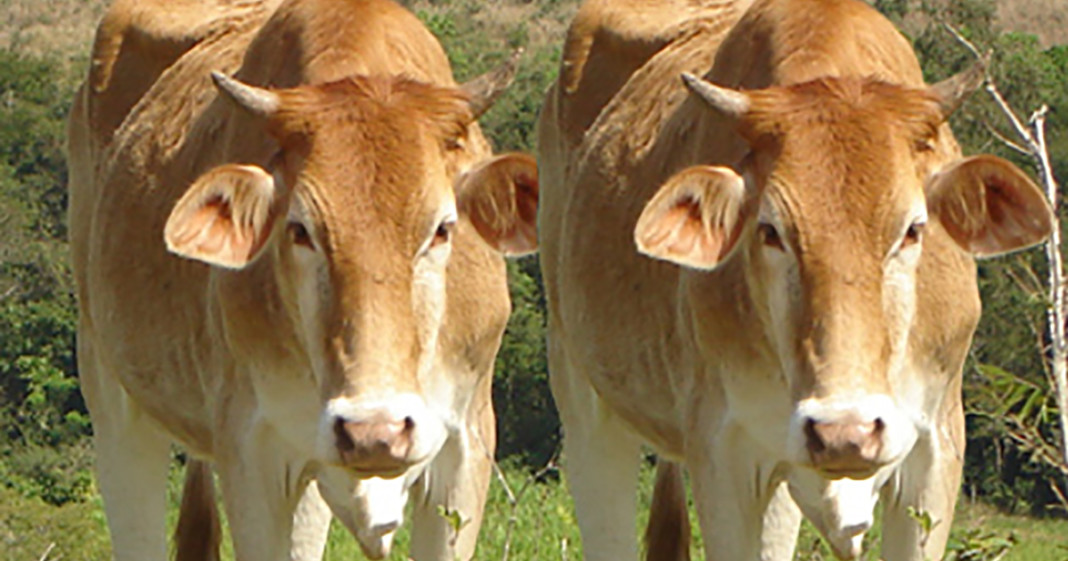 Cloning technology isn’t anything new. Those of a certain age will remember Dolly the sheep, who was created in a U.K. lab nearly twenty years ago. Today, Korean entrepreneur and veterinary scientist Dr.  Hwang Woo-suk is now planning to bring this technology to mainstream consumers. The big question is, will the public be willing to buy his products?

The new cloning facility is a joint venture between Chinese biotech company Boyalife and Hwang’s South Korean research firm, Sooam Biotech. The factory will be built in the port city of Tianjin, about 50 miles southeast of Beijing, at an estimated cost of $500 million. According to Boyalife CEO Xu Xiaochun, the ultimate goal is to provide up to one million cattle embryos a year to Chinese ranchers and farmers, who are having difficulty producing enough food to feed the country’s population – currently over 1.4 billion and still growing. Boyalife eventually plans to expand its product offerings to include companion and working dogs (such as sniffer dogs for law enforcement) and racing horses.

Xu Xiaochun expressed optimism about the enterprise to New York Times reporter Owen Guo. Reminding readers that cloning technology is “already around us,” he said, “I can tell you all that cloned beef is the tastiest beef I have ever had.” Xu also adds that cloning “is the only way to allow Chinese and many other people in the world to enjoy high-quality beef in an efficient manner.”  In an interview with Tom Phillips of the U.K. Guardian, Xu said, “This is going to change our world…it is going to make our life better…we are very excited about it.” Xu even envisions Boyalife aiding efforts to save endangered species from extinction.

As promising as this might sound, the public has already expressed resistance to the idea. Comments on social media indicate how Chinese consumers feel. One commenter said, “Please make our leaders eat it first!” That remark was echoed by another commenter, who said that cloned beef should not be fed to the public until “central government leaders…and their families have eaten it for ten years.”  Such concerns are valid: China has a poor track record when it comes to food safety. Besides that, Hwang Woo-suk has a criminal record, having been convicted of embezzlement and the illegal purchase of human eggs for his own research. Ten years ago, he perpetrated what the New York Times described as “one of the biggest scientific frauds in modern history” when he claimed to have created a cloned human embryo and a matching stem-cell line.

That isn’t all of Boyalife’s problems. This past September, the E.U. Parliament outlawed the cloning of farm animals because of concerns over animal welfare. Here at home, the U.S. Food and Drug Administration gave “preliminary approval” for the sale of meat and dairy products from cloned animals in 2006. Based on that report (and no doubt being under pressure from the likes of Monsanto and Con-Agra), the FDA concluded that there is no difference between meat and dairy products from cloned animals and those from animals bred naturally. As is the case with GMO food products, there is no labeling requirement for cloned meat. Instead, the burden is placed on producers of non-cloned meat and dairy products. Like non-GMO food producers, they must label their packages and include a statement that “no difference has been found” between cloned meat and the real thing.

Despite this, the FDA’s own report acknowledged  that “surrogate dams bearing cattle and sheep clones show an increased frequency of adverse outcomes compared to dams bearing non-clone pregnancies” and “increased risks of adverse health outcomes [that] have been observed in surrogate dams and very young clones.” The FDA has also expressed concerns over “biologic uncertainty” and “epigenetic dysregulation” (a scientific term describing how genetic mutations are passed from one generation to the next).  In short, cloned animals often have health issues and even deformities.

Nonetheless, Boyalife is proceeding with its grandiose plans, despite criticism and public fears. Dr. Hwang’s ambitions go beyond the cloning of farm, companion and utility animals. Boyalife is already working with its South Korean partner Sooam and the Chinese Academy of Sciences on primate cloning in order to breed test animals for disease research. This has grave implications, since humans themselves are primates – and biologically, it’s only a hop and a skip from monkeys and apes to humans.

All other considerations aside, there is doubt about cost-effectiveness. Proponents of cloning claim that it is a cheaper and more efficient method of food production. Others are not so sure. Ma Wenfeng of Beijing Orient Agribusiness Consultants, Ltd., told NYT that on a mass-production scale, the expenses of cloning will be too great. He believes that “clone technology can be used for endangered species, but it’s not very necessary for animal husbandry.” He added “I don’t think this will be very economical, and I doubt this model will take off any time soon.”

Then of course, there are concerns about the company’s founder and his checkered past. Jaydee Hanson, a senior policy analyst at the Center for Food Safety, told CBS News, “Anything connected to Woo-suk is going to be suspect,” adding that he doesn’t expect the enterprise to last.

Boyalife will begin its cloning operations sometime in 2016.