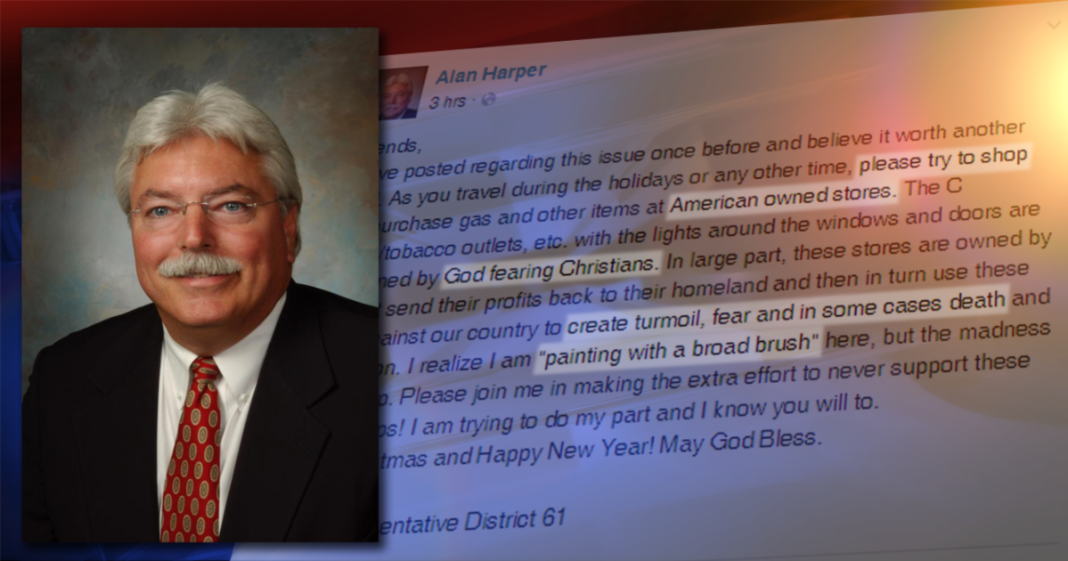 On Monday, Republican State Rep Alan Harper posted a comment to his Facebook page (now seemingly deleted), which urged his friends and constituents to only give money to Christian owned organizations.

“In large part, these stores are owned by folk that send their profits back to their homeland and then in turn use these funds against our country to create turmoil, fear and in some cases death and destruction,”

Just like ol’ Jeb Bush, Harper urged individuals to use the trusty “Christ-dar” in detecting which businesses are Christian owned, telling his constituents to simply “Look behind the cash register.”

Harper also noted that he was “painting with a broad brush” but that “the madness has to stop.”

We agree, Mr. Harper, the madness of xenophobia and hatred in America does have to stop!